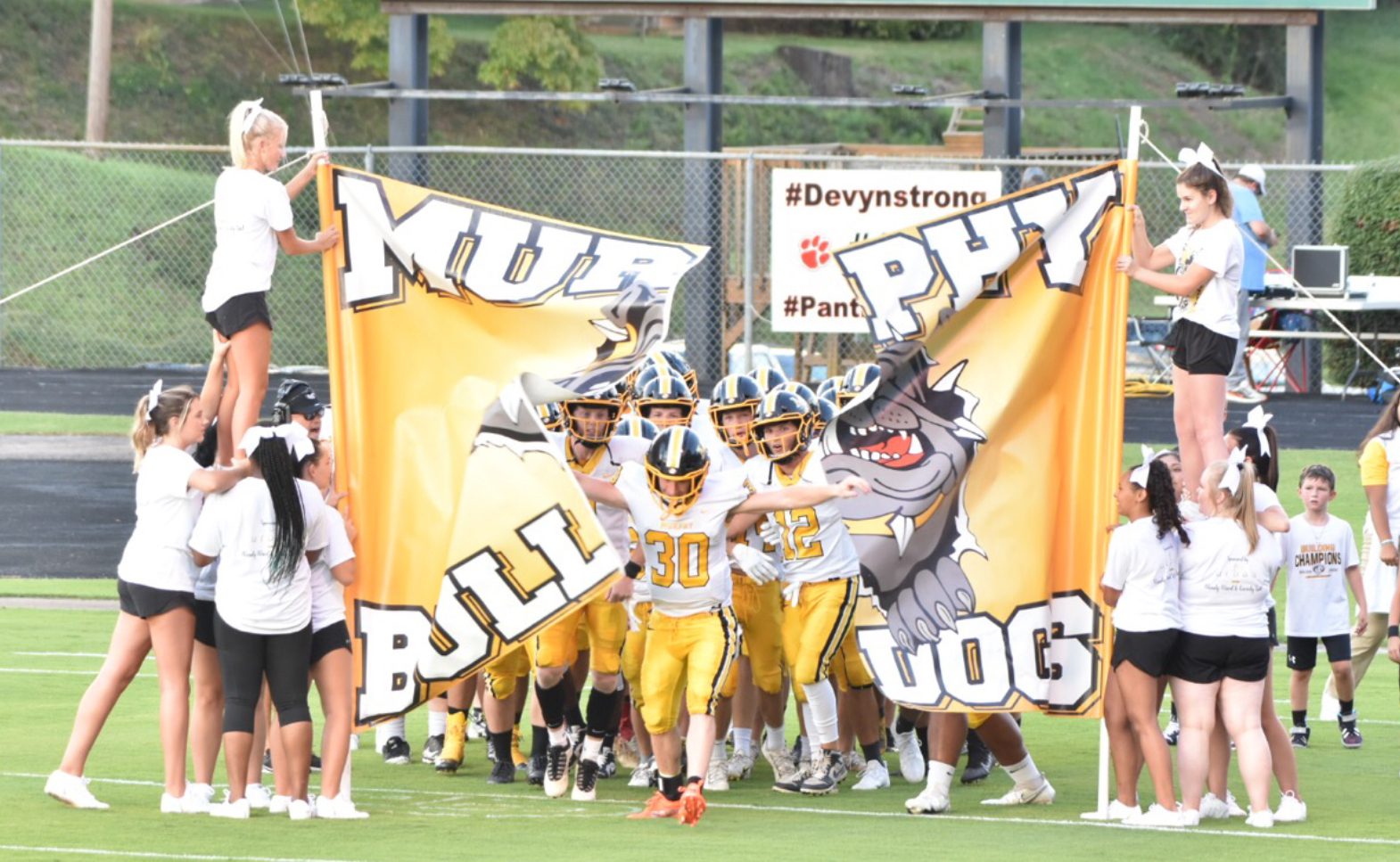 (Murphy) – – The new season begins this week for the Murphy Bulldogs, 6-and-4 (3-and-2 Smoky Mountain Conference) earning a ninth seed in the North Carolina High School Athletic Association state play offs. Murphy, along with more than 250 teams (all classifications) across the state, are locking their eyes on state championships. Friday night’s (November 5, 2021) will probably be the last home game for Murphy as it advances through the play-off. Only a few major upsets would place Murphy back at home.

Years ago, I enjoyed teaching my nephews how to make origami, Japanese art of folding paper into designs. If you took western North Carolina and could fold it in half, Sparta would probably touch down in Hayesville. The communities are very similar with small counties, heritage tourism and agriculture as leading industries, and scrappy high school football teams. Only this year, for Alleghany, the origami design has not been shaping up as a graceful swan. It’s been more like a paper airplane that doesn’t fly very well.

Follow the Halfback. The Murphy Bulldog defense will need to keep its eyes on Spartan Senior Running Back Austin Love. This season Love has accounted for most of the rushing offense with 486 yards on 108 carries and averages 60 yards per game. Murphy Defender Will Johnson says the Bulldogs have to be ready for the run. “They (Alleghany) are a team that is going to try to run it at us the whole game. They are not going to throw it a whole lot until it comes to a 3rd (down) and 10 (yards to go),” Johnson says. You can expect lots of different plays from Alleghany to keep the Bulldog defense on its toes ranging from counters, sweeps, and triple option. Johnson says the Murphy defensive ends will have to get the dives; linebackers cover the quarterback shifting; and the defensive secondary filling the holes. Alleghany will have a look like the Swain County veer out of an I-formation and not throw a lot as Johnson stated. Austin Love has been the favored receiver, who leads the team with 12 receptions and 173 yards on the season.

Alleghany is built on a lot of young players. Most of the positions are held by sophomores. The Spartan defense and offensive front line have size. An example is Senior Tight-End Ryan Bottomley who is 6’8 and 190 lbs. or Senior Lineman Mitchell Crouse who weighs in a 260 lbs. and 6’2. The Bulldogs expect this game to be a typical smashmouth football game. “First thing that pops in my mind is they (Trojans) are jut tough kids. You know big mountain kids that will come out (to play). They really don’t care, they will come out and hit you in the mouth every play,” Bulldog Quarterback Kellen Rumfelt stated. The Bulldogs should expect the Trojans to stack the box. Rumfelt says anytime a team stacks the box that leaves a lot of one on one opportunity on the outside corners.

Murphy is expecting to meet a scrappy and physical Alleghany football team with a tenacious defensive front and skilled set of running backs. “They are a scrappy bunch of young men. They play hard. It’s kinda like a throw-back team for us. They will get in the I(-formation) and run it down hill on you. And they play tough defense. They have good defensive linemen and a couple of good (running) backs that will give us a challenge,” Murphy Head Coach Joseph Watson says.

The first round of the state play off will get underway for the Bulldogs and the Trojans in Murphy at Bob Hendrix Stadium/David Gentry Field at 7:30 Pm Friday night (November 5, 2021). Team FYN Sports will produce television streaming at FYN.TV. Tune in around 7PM for our coverage.