During the investigation information became known that Leitner and Allen had become involved in an inappropriate relationship which included several voice calls and letters exchanged between the two. Sometime during the months of January to April 2018 Leitner brought a mobile phone into the detention facility and gave it to Allen. Additionally, information became known that Leitner had conveyed a message to Allen from another inmate in which Allen was to harm a third inmate. At the time of the allegations Allen is charged with Child Sexual assaults. This information was presented to the June 4th. 2018 Grand Jury who handed down indictments on both Leitner and Allen. Kathy Leitner was arrested on June 7, 2018 and taken before the North Carolina Magistrate who set a $15,000.00 secure bond. She is currently incarcerated in the Cherokee County Detention Center. Barry Wade Allen, is currently in the Macon County Detention Center was served on July 07th, 2018 and given additional bond. Both Allen and Leitner were also given conditions of bond to have no contact with each other until after the matter is settled in court. Both are expected to be in Cherokee County Superior Court on July 02nd, 2018.

Sheriff Derrick Palmer stated “This conduct can never be tolerated and will not be. We strive to maintain high standards of professionalism.”

To report suspicious activity and suspect violations of the law please call 828-837-3144 or submit a tip at crime.tips@cherokeecounty-nc.gov. 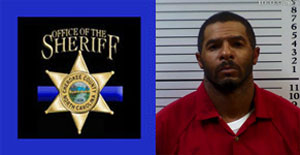 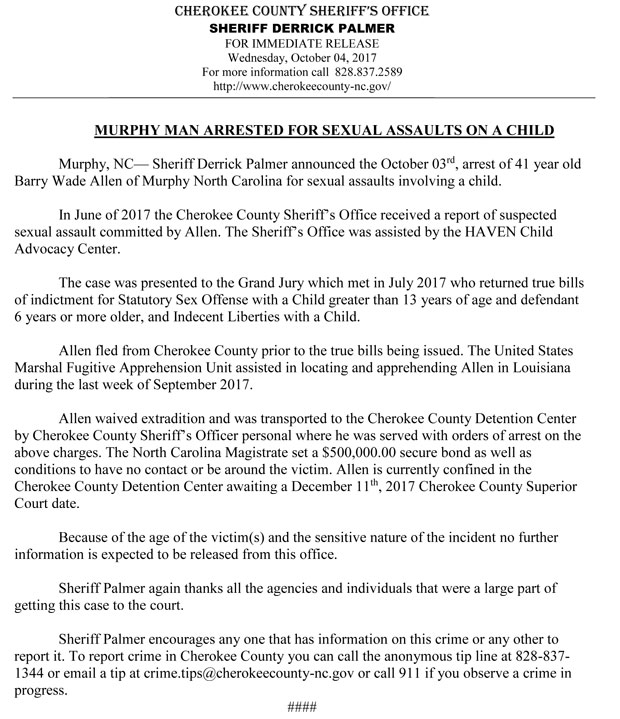