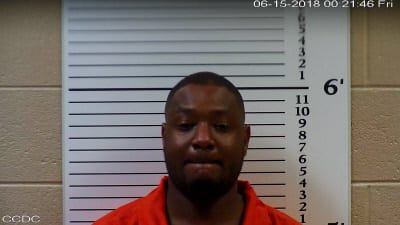 On June 14th, 2018 members of the Cherokee County Sheriff’s Office Narcotics Unit received information that Weston was vacating his residence on Tennessee Street. After setting up surveillance a traffic stop on the U Haul vehicle that Weston was operating was made to make the arrest of Weston. During a search incident to arrest of Weston’s person and in the vehicle he was operating located several Hydrocodone tablets and marijuana residue.

Sheriff Derrick Palmer stated “We appreciate the useful information from the Georgia Task Force that enabled us to get a good sized amount of drugs off the street.”

To report suspicious activity and suspect violations of the law please call 828-837-3144 or submit a tip at crime.tips@cherokeecounty-nc.gov.