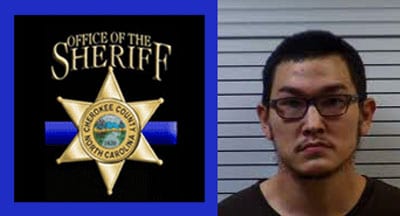 In July of 2016 the Macon County Department of Social Services opened an investigation and reported to the Cherokee County Department of Social Services and the Cherokee County Sheriff’s Office allegations that Tyndell had sexually assaulted a child under the age of 12 at a Murphy North Carolina address. The initial disclosure was in Macon County North Carolina. The joint investigation was assisted by Kids Place Child Advocacy Center in Franklin North Carolina.

The investigation was presented to the November 14th, 2016 setting of the Cherokee County Grand Jury which handed down Indictments for Statutory First Degree Sex Offense of a Child, and two counts of Indecent Liberties with a child.

Tyndell was arrested at his Murphy North Carolina residence and incarcerated in the Cherokee County Detention Center. Tyndell is currently being held on a $250,000.00 secure bond and has a February 27th, 2017 Superior Court date.

Because of the age of the victims and the sensitive nature of the incident no further information is expected to be released from this office.

Sheriff Palmer stated “We want to thank all the agencies involved in this investigation. As always they are some of the most difficult to deal with. Cooperation is always the key in these types of investigations, and this is an excellent example of cooperation between several agencies getting justice for a very bad crime.”

Sheriff Palmer encourages any one that has information on this crime or any other to report it. To report crime in Cherokee County you can call the anonymous tip line at 828-837-1344 or email a tip at [email protected] or call 911 if you observe a crime in progress.