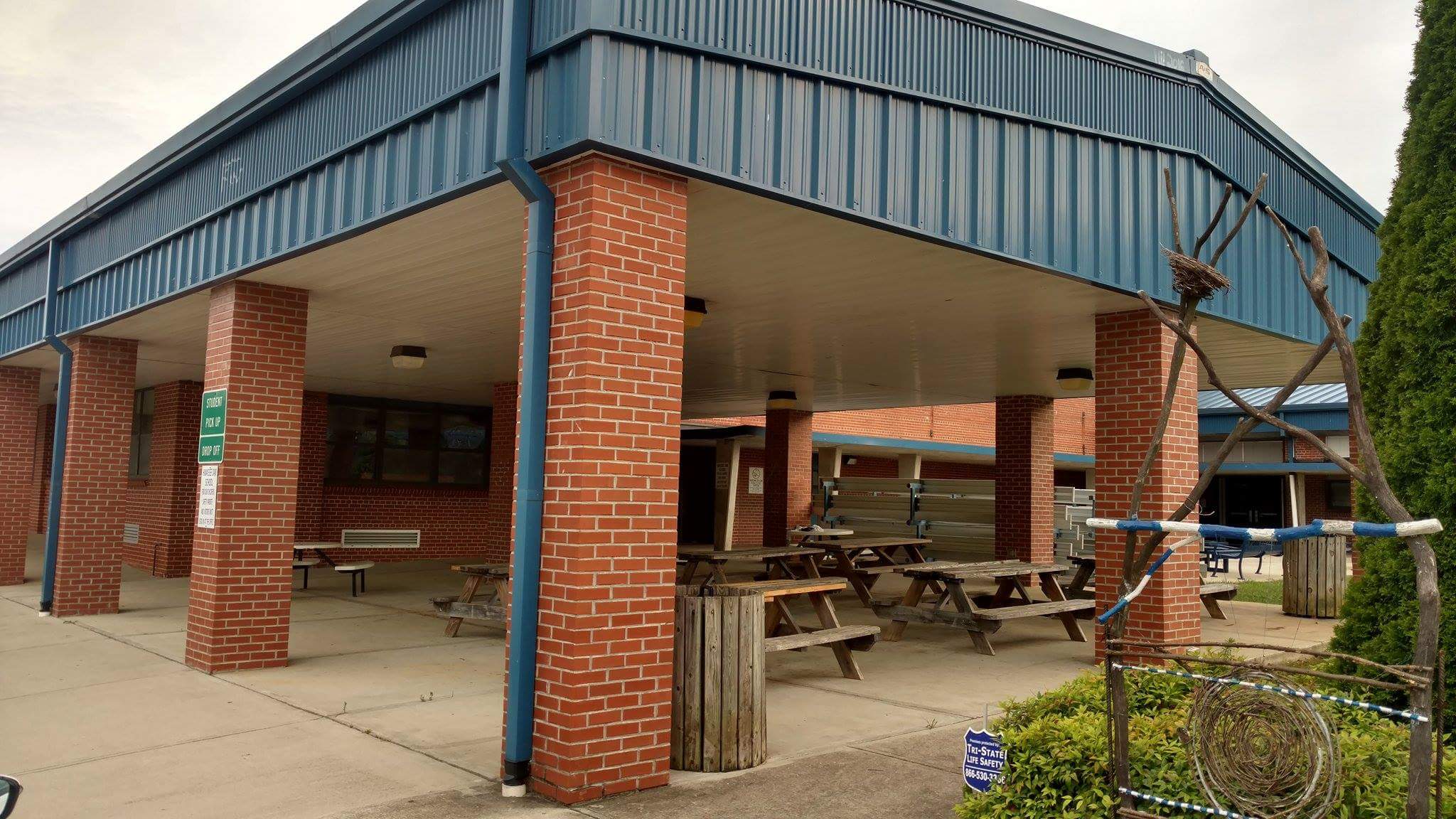 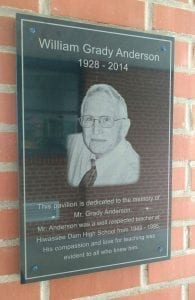 Dr. Conley thanked McNabb, who, in cooperation with alumni memorialized Mr. William Grady Anderson by installing a plaque naming the pavilion in front of the Hiwassee Dam School in his honor.

Anderson’s teaching career began in 1949 where he continued to teach until his retirement in 1995. Dr. Conley also mentioned the gathering as being a really nice event. Anderson passed at the age of 86 in 2014. His obituary, written by Ivie Funeral Home, states, “Grady lived a life of honesty and integrity and taught the same to his students.”