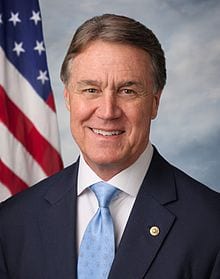 WASHINGTON, D.C. – U.S. Senator David Perdue (R-GA) spoke with Steve Hilton on Fox News Channel’s The Next Revolution With Steve Hilton about the Reforming American Immigration for a Strong Economy (RAISE) Act and why it should be included in any solution to fix our country’s immigration problems.

Getting Back On Track: “Our immigration system has gotten off track in the last 50 years. We’ve looked at best practices around the world to see what can we do to address the issue. We found Australia and Canada that both have a system that’s pro-worker, it’s pro-growth and proven to work.”

Needs Of Our Economy: “This is based on a democratic idea in the early 90s under former Presidents Bill Clinton and George H.W. Bush. The bipartisan commission headed up by Congresswoman Barbara Jordan, a Democrat, came to the conclusion we need to move in the direction of a point system and bring in workers who are qualified for the needs of our economy.”

Bipartisan Solution: “I believe we’ll get bipartisan support on this bill because it’s so common sense. It is pro-job, pro-worker and pro-growth. It’s proven to work in Canada and Australia. This is not an experiment. We know this will work.”

Leveling The Playing Field: “What we have now is a competition for labor around the world and for technical workers. This gives us a little more level playing field.”

Measured Approach: “A lot of people who immigrate here get trapped because they’re not qualified for the jobs that are available. About half of all immigrant households in America are in our welfare system. Nobody wants that for them. This is a way to try to protect both them, and the other workers that are coming in.”

Growing The Economy: “One of the ways you defend yourself is by having the best and the brightest talent in the world. That helped create this economic miracle over the last 70 years. We have the most qualified people in the world. Look at our nuclear capability today. It came from immigrants. Why wouldn’t we want to welcome those people?”