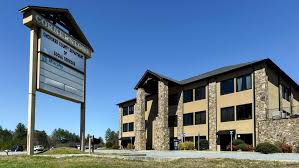 MURPHY, N.C. – At the April 23 Cherokee County Board of Commissioners (BOC) meeting, Michael Becketts, assistant secretary for North Carolina Department of Health and Human Services (DHHS), updated the board on the status of the Department of Social Services (DSS), and specifically child welfare services, in Cherokee.

Becketts told commissioners the DHHS had conducted on-site reviews of all programs from April 2 through 6, including child welfare services, at DSS.

“I’m happy to report that, by policy, the other parts of social services appear to be in substantial compliance,” Becketts stated. “I think that’s really good news for Cherokee County, and I do appreciate the effort and that was done not alone – the department (DHHS) doesn’t have the authority to just really come in and do that – but in consultation with Mr. (Randy) Wiggins, county manager, we did that review.”

Becketts explained to the board that Cindy Palmer, director of DSS, had submitted a budget request to the BOC to expand the child welfare staff of the DSS by three positions during the 2018-19 fiscal year. According to Becketts, Palmer proposed one program manager and two child welfare social workers.

While DHHS agreed with the need for three additional positions, Becketts stated after a recent examination of the organizational structure of the child welfare department of DSS in regard to the current workload, DHHS recommended a slight modification to the job specifications of the positions.

“Your child welfare services has grown and needs more executive leadership within the department,” Becketts said of the assistant director and quality assurance specialist positions. “There are a number of federal changes that are happening to child welfare.”

According to information from DHHS, the annual salaries for the three proposed positions are $48,842 for the assistant director, $36,776 for the quality assurance specialist and $31,811 for the foster care social worker. Becketts recommended to the commissioners to approve a budget amendment for the 2017-18 fiscal year to allow DSS to begin recruiting qualified candidates instead of waiting until the beginning of the fiscal year, which begins July 1, to fill these positions.

“These three positions are critical to the continued success of child welfare in Cherokee County,” Becketts stated.

County Finance Director Candy Anderson explained that a pro-rated amount of $18,447 would cover the salaries for the three positions for the six weeks leading up to the beginning of the 2018-19 fiscal year. She also added $3,422 would account for office supplies and technology costs for the additional positions. The county would later receive an approximate 60 percent reimbursement from the state for salaries, which would leave county’s pro-rated cost at $8,748 for salaries.

For the 2018-19 fiscal year, the county could expect to pay $65,935 in salaries and benefits for the three positions after the state reimbursement, according to Anderson.

“I understand what you’re saying,” Commissioner C.B. McKinnon told Becketts. “In considering a budget, there’s lots of things to consider, so until we know what we’re doing with our complete budget it’s hard to make a decision on an individual position and going ahead and bumping that into this year.”

McKinnon also stated he was uncomfortable with modification of the positions from DHHS. “I’d like more input from Director Palmer before we consider that,” McKinnon stated. “We normally will go through and the director will give us the need for these positions and justify these positions.”

Later, when McKinnon reiterated his opposition to the modifications, Becketts explained the quality assurance specialist is the only position seeing any major change to that initially requested by Palmer.

Commissioner Cal Stiles endorsed the positions and the recommendations from the state saying, “I’d like to see us move forward with it. I know Director Palmer has mentioned several times about the staff shortage … With that $8,700 to finish out this year, I think for that amount of money it’d be a good investment to go ahead and try to work with you (Becketts) and then work with Director Palmer to get what she needs out there to get it back up to the level of service that we need for our children here in the county. So, I’d recommend it.”

After further discussion, the proposal to add the three DSS positions and the budget revision was approved 4-1 with McKinnon voting against.