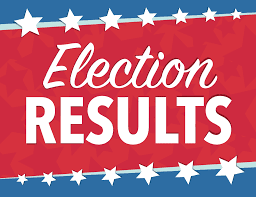 MURPHY, N.C. – Tuesday’s primary election yielded two tight local races and decided several other local races with no Democratic opposition moving into the November general election, according to unofficial results from the county Board of Elections.

Nationally, incumbent Mark Meadows won in a landslide over challenger Chuck Archerd both at the county level and district-wide in the Republican primary for the U.S. House of Representatives District 11. In Cherokee County, Meadows took 3,221 votes for 88.17 percent compared to Archerd’s 432 for 11.83 percent. Across the 16-county district, Meadows took 86.35 percent of the votes for a total of 35,438 votes while Archerd took 13.65 percent for 5,600 votes.

The District 3 Board of Commissioners seat was also on the ballot last night as Republican incumbent Gary “Hippie” Westmoreland faced challenger Corey V. Bailey. Westmoreland won with 2,686 votes for 72.52 percent while Bailey took 1,018 votes for 27.48 percent. Westmoreland will also retain his seat on the board as there is no Democratic opposition in November.

Four seats on the Cherokee County Board of Education were also on the primary ballot. An At-large race featuring Republican candidates Keesha Curtis and Tylor J. Dockery saw Curtis win with 1,707 votes (51.59 percent) to Dockery’s 1,602 (48.41 percent). Curtis will face Democrat incumbent Tim Coffey, who ran unopposed in the primary, in the general election for the At-large seat on the board.

The District 3 Board of Education Republican primary saw three candidates vying for two seats from the district. In this race, the top two candidates received seats on the board. Overall, Joe Wood received the most votes with 2,481 and 42.47 percent while Mark Patterson took second with 1,767 votes and 30.25 percent. Incumbent Paul H. Brown lost his re-election bid as he finished with 1,594 votes and 27.29 percent. No Democrats qualified to run in the November general election; therefore, Wood and Patterson will assume seats on the Board of Education.

Rounding out the Board of Education races, Jeff Martin defeated Jeannie Gaddis in the Republican primary 2,397-1,175 (67.11 percent to 32.89 percent) in the District 2 race. Martin has no Democratic opponent in the general election and will take the District 2 seat on the board.

Fetch Your News is a hyper local news outlet that attracts more than 300,000 page views and 3.5 million impressions per month in Dawson, Lumpkin, White, Fannin, Gilmer, Pickens, Union, Towns and Murray counties as well as Cherokee County in N.C. FYNTV attracts approximately 15,000 viewers per week and reaches between 15,000 to 60,000 per week on our Facebook page. For the most effective, least expensive local advertising, call 706-276-6397 or email us at [email protected]