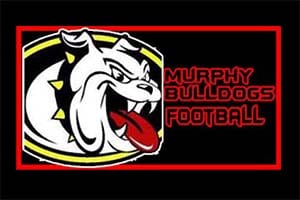 In continuing with their push for a North Carolina State Championship the Bulldogs of Murphy traveled to Bakersville for a battle against the Mitchell Mountaineers.  The decision to play the game at a neutral site had Coach David Gentry up in arms as Murphy, the higher seed, lost the advantage of the hometown crowd.

The Mountaineers were coming off a 3rd round victory over Cherokee the previous Friday while Murphy advanced with a big win over Alleghany 55-7.  Last Friday night’s opponent posed the toughest challenge faced by the Bulldogs in the 2018 season and at game’s end that challenge was overcome by Murphy.  Mitchell took the lead early on a 3-yard touchdown with 7:15 on the 1st quarter clock and a 7-0 lead. It wouldn’t take long for the dog offense to answer with a score of their own.  With the clock sitting a 2:27 left in the first, quarterback Micah Nelson crossed the goal line on a 1-yard game-tying score.   Misfortune hit the Bulldogs on a fourth down play when in punt formation, the snap traveled over the punter’s head and crossed the end line for a Mitchell safety resulting in 2 points.  The Mountaineers received the ensuing kickoff and marched down the field to put another 7 on the board to stretch the lead to 9 points over the Bulldogs.  The half came to an end after Murphy’s Slade Mctaggart fought his way into the end zone.  The extra point attempt failed to leave the first half score at 16-13.

The 3rd quarter began much like the start of the game.  Mitchell scored 2 times in the quarter and allowed the dogs only 1 score to hold a 29-20 advantage heading into the final twelves minutes od the game.  The Bulldogs defense stepped up and pitched a shutout to a Mitchell offense that had controlled the previous seventy-five percent of the game.  Micah Nelson and his high-powered offense found a rhythm and put up two well-needed scores.   The first of two late-game scores came at 10:02 on a 26-yard scamper to bring the Dogs within 3 points.  Devonte Murray put the game away for Murphy on a 16-yard touchdown with under 3 minutes left in the game.  The Murphy Bulldogs survived for a 33-29 victory to end the 2018 season for the Mountaineers.  In addition to a win that propelled Murphy to the next round and a step closer to the championship, this win also created a little history for Coach David Gentry.  The victory over Mitchell moved Gentry past Bob Paroli in career wins as a head coach.  Coming into the game Paroli and Gentry were tied at 403 wins in their amazing careers.  Coach Gentry’s career wins now stands at 404 and just 9 victories away from taking the top spot in North Carolina High School History.

Best of Luck to the Bulldogs this week as they take the field against a familiar foe in Robbinsville. This week’s semi-final match-up will be Friday night at home. Gametime is 7:30 and we say Let the Big Dog Eat! 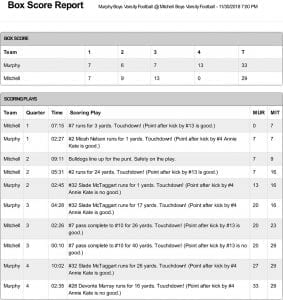 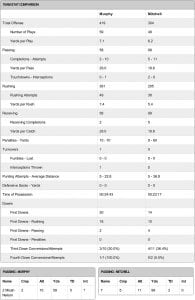 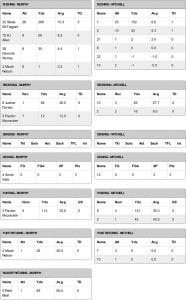