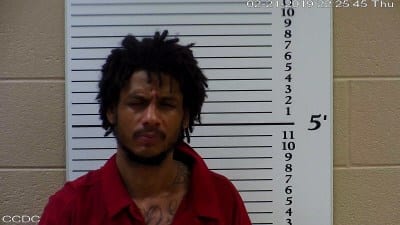 On February 21st, 2019 the Cherokee County Sheriff’s Office and Murphy Police Department conducted a joint investigation which identified Joshua Charles Hampton as a suspect in numerous vehicle thefts as well as breaking and entering into the vehicle.

Following information as to the location of the stolen vehicles members of the Cherokee County Sheriff’s Office and Murphy Police Department located Hampton near a housing area in Murphy North Carolina. Hampton immediately fled on foot and was captured a short distance later.

Sheriff Derrick Palmer stated “Great job working with the Murphy Police Department on getting Hampton off the street.”