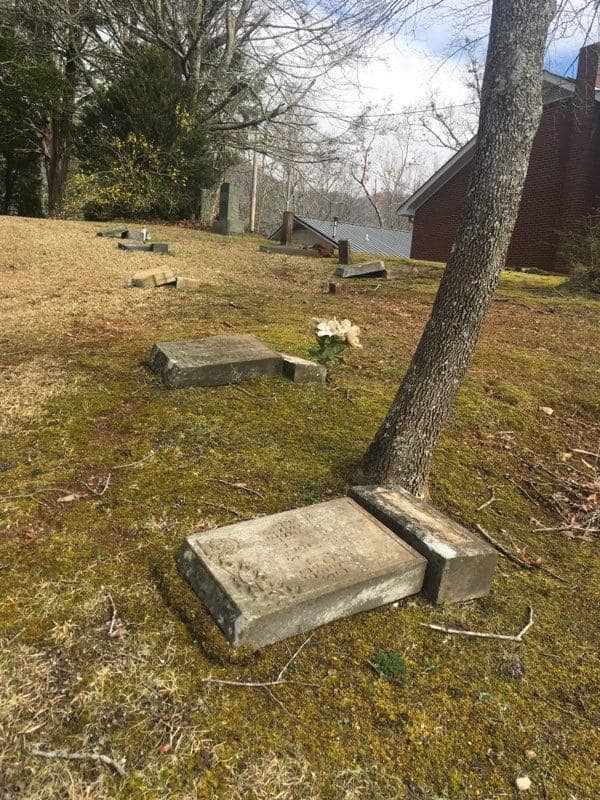 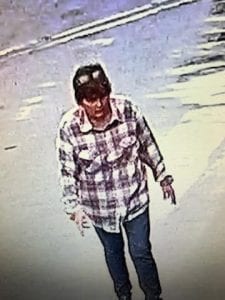 On Saturday, Dawn Renee Phillips, of Pendleton, is alleged to have entered the Lone Oak Cemetery in the Lake Santeetlah area of Graham County on March 2, 2019. Using church surveillance cameras, she was reportedly seen entering the burial grounds “wearing a plaid shirt, jeans, and sunglasses.” Upon the completion of toppling grave markers, she was seen leaving the scene in “an older model white Pontiac.”

March 2 at 9:24 PM ·
This is an update on the vandalism that took place at Lone Oak Cemetery. Thanks to surveillance cameras at the church, we were able to pull footage of what appears to be a female subject that overturned headstones. These images are of the female subject caught as she walked around the church and fellowship hall. The female is the only subject that was found to be on the video, not ruling out that others are involved. The female appears to be between the age of 45-55 and is observed leaving the area in what appears to be an older model white Pontiac four-door passenger car. The female also had two dogs with her on the surveillance video. If anyone has information that will assist in identifying this female subject or if someone saw her at a convenience store or restaurant in town please call the Graham County Sheriff’s Office or Graham County Dispatch. Any assistance will be greatly appreciated!!

March 3 at 8:22 PM ·
“An update on the vandalism that took place at Lone Oak Cemetery. We received information last night that the suspect and vehicle were observed at the rest area in Andrews at approximately noon yesterday. We have worked with the good folks at the Cherokee County Sheriff’s Office throughout the day today. I just spoke with Cherokee County and the subject has been identified, she is from out of state. Arrest warrants are being issued at this time and she will be in our custody shortly. I want to thank everyone for sharing the photographs that were put out on Facebook, it played a major part in this subject is found and identified. Updated information will be provided as we are able to do so.” 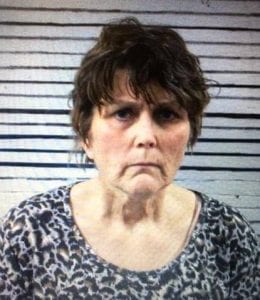 Phillips, who had a Kentucky Driver’s License on her at the time of her arrest, is said to be from Oregon.

“The female is the only subject that was found to be on the video, (but we are) not ruling out that others are involved,” a Graham County Sheriff’s Office Facebook post stated.

No further details are available at this time.