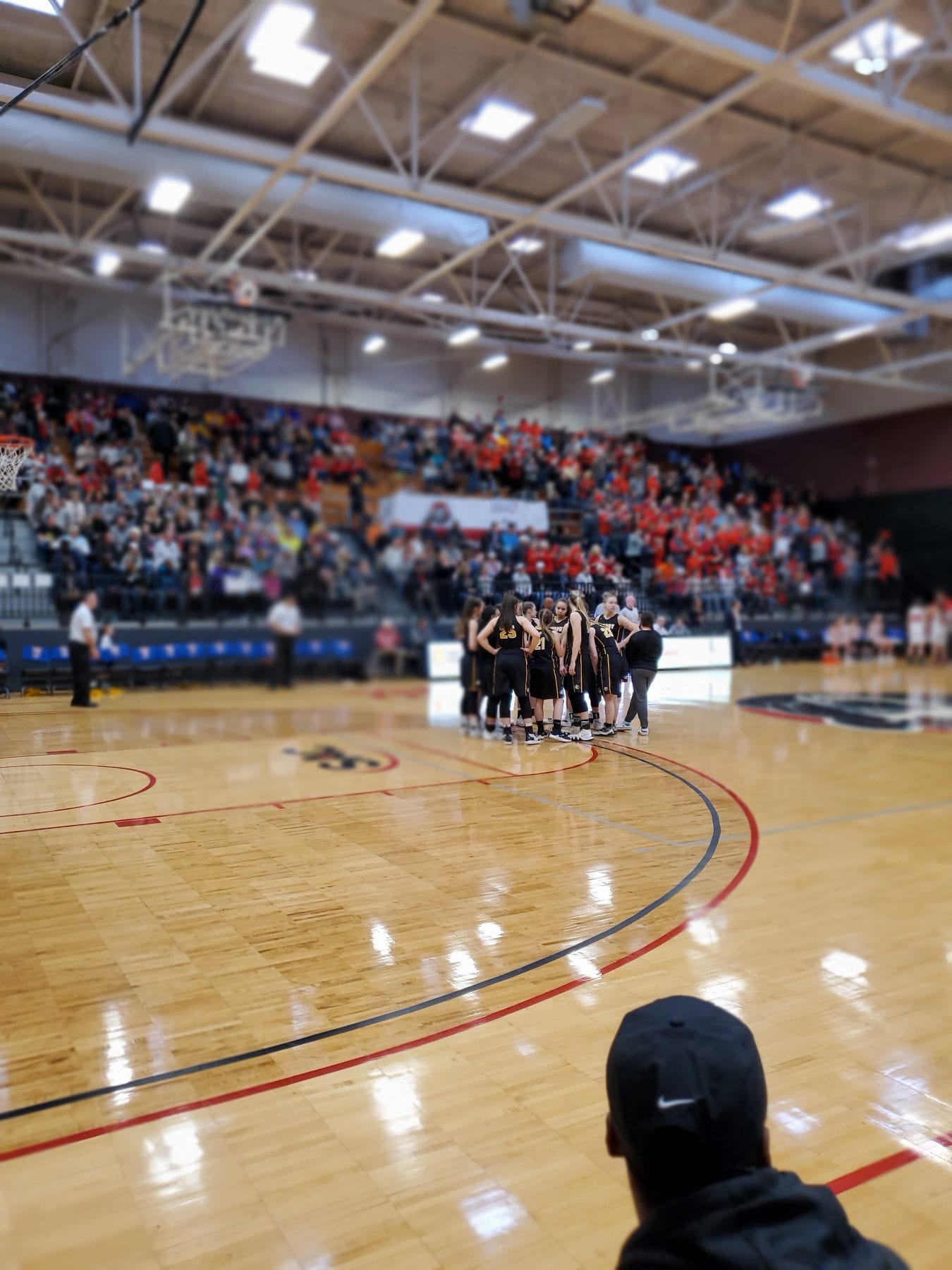 The Murphy Lady Bulldogs held the lead against the East Surry Lady Cardinals for 31 minutes and 59 seconds and held North Carolina State commit Elle Sutphin to 13 points, but it seems that fate was not on their side as the Cardinals hit a deep Hail Mary three as time expired to send the Bulldogs home, losing 41-38 in the Final Four of the NCHSAA 1a State Playoffs.

The Bulldogs were fired up to start the game, jumping out to an early 12-6 lead in the first quarter, led by Freshman phenom Torin Rogers who had 10 first quarter points. The Bulldogs kept pouring it on the second quarter with a couple of quick three’s by Seniors Aubrey Clapsaddle and Ellie Martin. 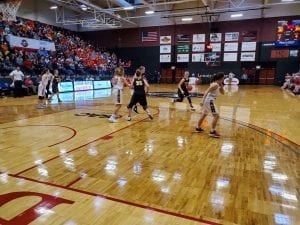 The Card’s stepped up toward the end of the half with a couple of late buckets to stop the Bulldog run and keep things from getting out of hand, as the Dogs headed into halftime up 21-14.

Torin Rogers kicked off a high scoring 3rd quarter for both teams as she flushed a three in Sutphin’s eye.  Sophomore Sarah Pullium was a defensive force in the third, forcing the Cards to cough up a few turnovers and give the Bulldogs their largest lead of the game, 28-17. Thats when things started taking a left turn for the Dogs as the Lady Cardinals went on a run hitting bucket after bucket and getting a quarter ending three to fall shortening the Bulldogs lead to only 4 to start the fourth quarter, 34-30.

The Dogs couldn’t get a bucket to fall in the fourth, scoring only 4 fourth quarter points and opening the door for East Surry. The Cards took advantage tying the game up with just under a minute left. the Bulldogs remained composed however, as Bri Moore drove into the paint as fouled and sent to the line for a one and one. After the Bulldogs missed the free throw, the Cardinals gained possession and advanced the ball, giving their head coach Caleb Gilley the opportunity to call timeout with 2 seconds left and draw up a play with the season on the line. Cadence Lawson received the inbound pass after the timeout and banged in a prayer three from deep as time ran out. Torin Rogers led all scorers with 18 points. 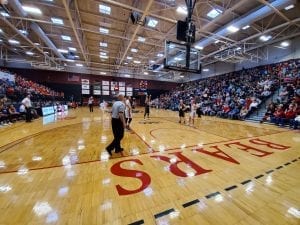 Although the season may be over for the Lady Dogs and their seniors Bri Moore, Aubrey Clapsaddle, Reagan Ennis, and Ellie Martin, they have not one reason in the world to hang their head as they’ve made their little town proud. They fought all season long, posting a 26 and 5 record and bringing home the Smoky Mountain Conference Championship. Although this senior class may have came up one game short of the State Championship, they reached the Final Four 2 years in a row and the Elite Eight three years in a row, posted an overall 4 year record of 90-26, and brought Murphy home their first Smoky Mountain Conference title in over 20 years. The town of Murphy and its community could not be prouder of what these girls have accomplished.

It’s still a great day to be a Bulldog. 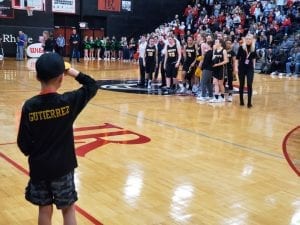