The Murphy Bulldogs went up against the Rosman Tigers on Thursday at home, and were not ever really able to get any offense going, as they lost 11-0 to Rosman, the top team in the SMC.

Thursday evening game was between the 2 best teams in the Smokey Mountain Conference, and unfortunately the Dogs were just caught on an off night in their biggest regular season game of the year. Rosman got the offense rolling in the 1st inning, as they scored on a wild pitch, taking an early lead. It was all down hill from there for the Dogs as Rosman wound up pouring it on in the 5th inning, scoring 6 and sending the Dogs home early as the mercy rule took effect. 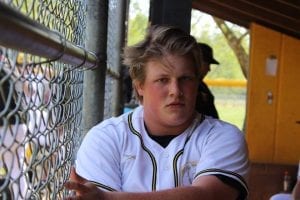 Payton McCraken and Joe Swain were pretty much the only bright spots in the Murphy offense as they both collected 2 hits a piece. Errors were the story of the day on defense for the Dogs as they got decent innings out of Josh Ott who started the day on the mound, but its hard to keep a team like Rosman from putting up runs when you have 5 self inflicted errors.

The Dogs have another conferece home game against Andrews on Monday, April 29th.