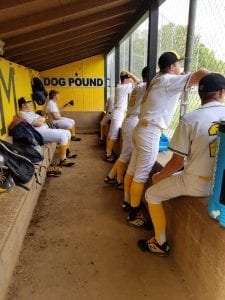 The young offense of the Murphy Bulldogs was on fire on Tuesday in their first round playoff game against Pine Lake Preparatory on Tuesday, but it just was not meant to be as the Dogs were eliminated from the North Carolina High School Athletic Association 1a State Playoffs, 12-7.

Murphy jumped out to an early lead thanks to Freshman Dawson Hensely, who doubled to left field on the first pitch of his at bat in the first inning and brought home Kellen Rumfelt and gave Murphy the 1-0 lead. After the Dogs gave up a run in the top of the second, Kellen Rumfelt was the man to really get things going as he doubled on the first pitch of his at bat to right field and brought home Payton McCraken and Josh Ott, giving the Dogs a 3-1 lead over Pine Lake Prep. 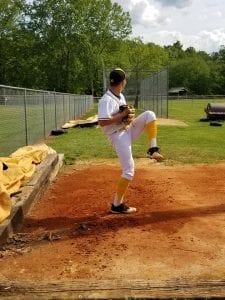 However in the third inning Pine Lake Prep took the lead for good and never looked back as they tacked on 3 and then added 6 more runs in the 5th inning. The Murphy Bulldogs would not go away quietly though, as they gave PLP a run for their money in the bottom of the seventh inning, scoring 4 runs and making the final score 12-7. 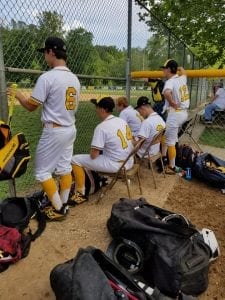 The Dogs ended up with 8 hits in the game thanks to Braden and Kellen Rumfelt, McCraken, Hensley who all had 2 hits on the day.

The Dogs fought hard all season and proved a lot of nay sayers wrong, as the narrative all year was that they were too young to win any games and this season would just be a wash. That was not the case however, as a team who at the end of the year had no starting seniors on it, finished 13-5 and second in the SMC standings and made an appearance in the playoffs. This team will be really fun to watch in the coming years and we cannot wait to see them back in action next year.