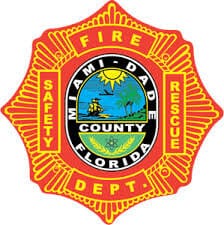 He was born in Dade County, FL to the late John and George Lyons. Patrick was a US Marine veteran; he served in Vietnam. He retired after 35 years of service with the Miami Dade Fire Rescue as a Battalion Chief and was a family owner of Jack Lyons Truck Parts, Inc. Patrick was a founding member of the Downhill Danger Rangers Mountain Biking Club.

In addition to his parents, he was preceded in death by one brother, Alan Lyons.

Services will be announced at a later date.