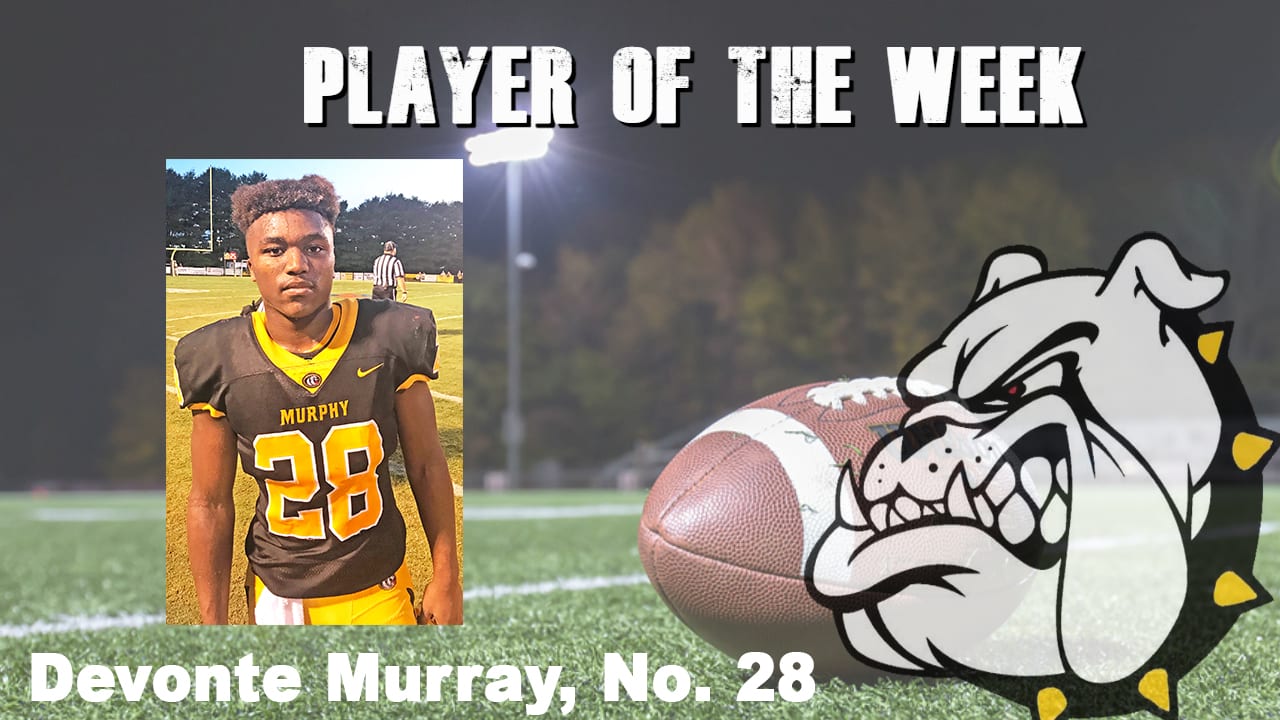 Murphy High senior running back Devonte Murray proved to be the offensive difference Friday night, August 23, as the Bulldogs opened the 2019 season with a 12-0 win over Pisgah at home.

Murray accounted for all the points scored by the Bulldogs, carrying the ball 18 times for 149 yards and two touchdowns in the win.

After losing to Pisgah to open the 2018 season, Murray said getting the win to open this season was something special.

“It meant everything, to be honest,” Murray said. “We started off bad last year, but this year we just fought hard to get this win and it feels great.”

Head coach David Gentry had nothing but high praise for his senior running back.

“He works hard. On the field and off the field, he does everything we need him to do to be a great leader and a great player,” Gentry said. “He probably wouldn’t have scored those touchdowns tonight, especially the first one, if he hadn’t been in the weight room and leading our team in how to prepare and how to work.”

Murray’s first score Friday night came late in the first half. After being jammed at the line, the senior fought free of several tackles and burst for a long run and an important touchdown.

Murray credits the work ethic instilled by the coaching staff for getting him in the right shape to make the play.

“All we do is work hard. It’s crazy how much work we do and it showed tonight,” Murray said, crediting his teammates with the hard-fought win.

Murphy Bulldogs Player of the Week