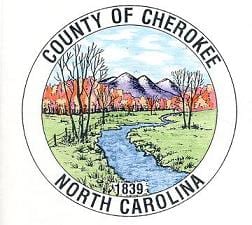 MURPHY, NC – An agreement between the board of commissioners and the county school system to allow the Murphy High wrestling team to use the Murphy National Guard Armory was approved by the commission board Monday night.

The board approved the agreement during their regular monthly meeting Nov. 4 at the county courthouse.

The agreement states: “Cherokee County Schools may use the facility as a practice facility for the Murphy High School’s Wrestling team ONLY. No other events or uses may be conducted without written permission of the Cherokee County Government.” 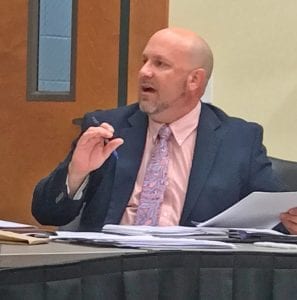 County Manager Randy Wiggins said the county can cancel the agreement at any time.

County Manager Randy Wiggins said the agreement is “revocable at-will by the county.”

McKinnon also stated that the county and the school would have to figure out exactly what portion of the armory the team would need to use once the weather is cold enough to require heating.

“In the meantime, it’s not a problem,” McKinnon said. “Heat’s not a big issue right now, it’ll be awhile (before it is cold enough).”

Per the agreement, the school system will be responsible for:

The school system will also have to ensure that “any equipment used in the facilitation of wrestling practice shall be removed from the premises at the end of the wrestling season or at any time with 48-hours’ notice by County to Cherokee County Schools.”

The agreement was approved unanimously.

Wiggins then went on to provide an update on the developments at the landfill located on U.S. 19 in Marble.

Wiggins said that as of Oct. 29, the rain cover is 80 percent complete on Cell No. 2, and that the county had acquired a hydroseeder for the project Oct. 30.

Wiggins also said that as of Oct. 31, the permit meeting with state officials slated for Nov. 7 may be pushed back a week due to the landfill receiving 7 inches of rain during the past week. He assured the board that the construction process was “moving along” as expected. 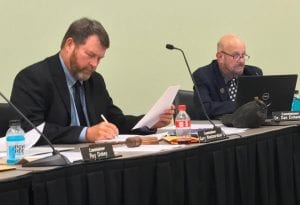 Finally, the board approved moving the scheduled meeting the the Department of Social Serice from Nov. 19 to Nov. 21 at 6:30 p.m. The board also added a work session Nov. 20 at 5 p.m.

The idea of the work session was brought up by District 4 Commissioner Dr. Dan Eichenbaum earlier in the meeting.

Commission Chairman Gary Westmoreland said later in the meeting that a work session to “see what we can do about building utilizations” was fine with him at any time.

Eichenbaum then made the motion toward the end of the meeting to add the work session to the calendar to discuss the “use of public facilities.”

The next regularly-scheduled meeting of the Cherokee County Board of Commissioners is set to begin at 6:30 p.m., Monday, Nov. 18, at the county courthouse.