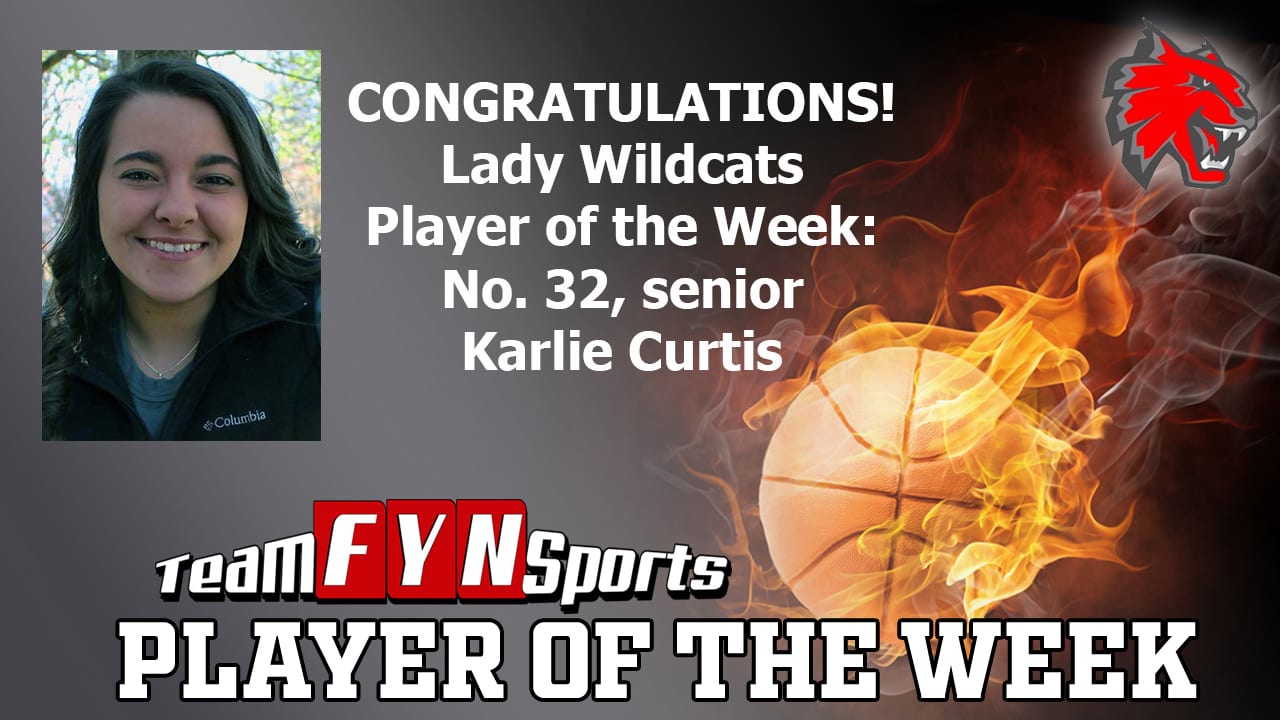 Karlie Curtis is the TeamFYNSports Writer’s Player of the Week for the Lady Wildcats!

Curtis, a senior, had a strong game in a loss to Rosman on Tuesday, Dec. 3, at home, before posting an all-around big stat line against Swain Co. on Friday, Dec. 6, on the road.

Against Rosman, Curtis posted a double-double with 10 points, 11 rebounds, and four steals.

In the loss to Swain Co., Curtis scored six points, pulled down five rebounds, netted two assists and two steals, and added a block for Andrews (0-2, 0-2 Big Smoky Mountain 1-A).

For her efforts, Curtis is the TeamFYNSports Writer’s Player of the Week for the Lady Wildcats!