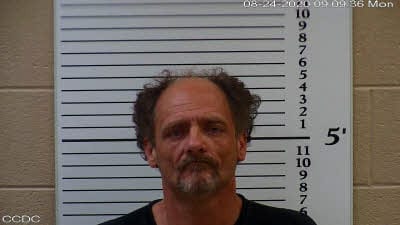 Murphy, NC— Sheriff Derrick Palmer announced the September 28, 2020 arrest of 46-year-old Robert Eugene Barnhill, of Marble, North Carolina for charges of sexually assaulting a minor child.
In May 2020 a complaint was made with the Cherokee County Department of Social Services and then to the Cherokee County Sheriff’s Office of an allegation of sexual assault involving a minor child. Pursuant to this allegation, the Cherokee County Sheriff’s Office began an investigation which identified Barnhill as a suspect in the case.
As the case was being investigated assistance was provided by HAVEN Child Advocacy Center, the Clay County Sheriff’s Office, and the Cherokee County Department of Social Services.
During the investigation, several electronic devices and other items of physical evidence were collected for examination. Additionally, numerous interviews were completed.
The case was presented to the Cherokee County Grand Jury on 9/28/2020 and true bills of indictment for the arrest of Barnhill were issued. Barnhill was arrested at his Marble, North Carolina residence where he briefly resisted arrest by the officers.
Barnhill is currently confined at the Cherokee County Detention Center and charged with SECOND DEGREE RAPE, SECOND DEGREE FORCIBLE SEX OFFENSE, INDECENT LIBERTIES WITH CHILD, FELONY INCEST, and POSSESS METHAMPHETAMINE. The North Carolina Magistrate set a $250,000.00 secure bond on the sexual assault charges and $5000.00 secure on the Controlled Substance charge. Barnhill is scheduled to appear in Cherokee County Superior Court on 12/14/2020.
Sheriff Derrick Palmer stated “This has been a total team effort and we appreciate the assistance in bringing this case to some closure. Due to the age of the victim and nature of the crimes, we will not be making any further press releases in this case.”
To report suspicious activity and suspect violations, including sexual assault of a minor, of the law please call 828-837-1344 or submit a tip at [email protected]
cherokee county sheriff office Press Release sexual assault. minor