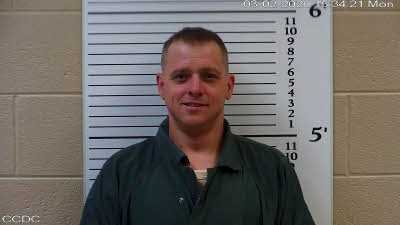 ASHEVILLE, N.C. – U.S. Attorney Andrew Murray announced that Christopher Price, 43, of Turtletown, Tennessee, was sentenced to 180 months in prison on drug trafficking and firearms offenses. U.S. District Judge Max O. Cogburn Jr. also ordered Price to serve five years under court supervision upon completion of his prison term.
According to filed court documents and today’s sentencing hearing, in September 2018, law enforcement in Cherokee County became aware that Price was trafficking methamphetamine. On September 11, 2018, law enforcement conducted a traffic stop of Price’s vehicle, during which they seized methamphetamine and a loaded firearm. Court records show that, on September 14, 2018, law enforcement conducted a second traffic stop of Price, who had been released on bond on State charges, during which they seized additional methamphetamine. Then, on January 16, 2019, law enforcement were dispatched to a residence in Murphy to check on a suspicious parked vehicle. When law enforcement located the vehicle, they observed Price, who had been released again on bond on State charges, asleep at the wheel with a shotgun on his lap. Law enforcement arrested Price and seized the shotgun, which was loaded, a second loaded firearm, and methamphetamine that they located in the vehicle. Court records show that, over the course of the investigation, law enforcement seized from Price more than 17 ounces of highly pure methamphetamine and three loaded firearms.
On July 24, 2020, Price pleaded guilty to possession with intent to distribute methamphetamine and possession of a firearm in furtherance of a drug trafficking crime.
In making today’s announcement U.S. Attorney Murray thanked the DEA, the ATF, the Cherokee County Sheriff’s Office, the Jackson County Sheriff’s Office, the Swain County Sheriff’s Office, and the Cherokee Indian Police Department for their coordination and assistance throughout the investigation.
Assistant U.S. Attorney Thomas Kent, of the U.S. Attorney’s Office in Asheville, prosecuted the case.
cherokee county sheriff office drug trafficking jackson county sheriff office Sentenced