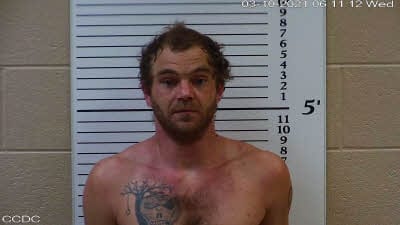 In September 2020, the Cherokee County Sheriff’s Office began an investigation into a missing juvenile female. During the investigation Charles Anthony (CJ) Payne became a person of interest in the investigation and was subsequently arrested for Felonious Restraint. Payne later made a secure bond.

As the investigation continued, Cherokee County Sheriff’s Office Investigators were able to obtain sufficient evidence to present the case to the Cherokee County Grand Jury on March 08, 2021, who handed down a two-count indictment on Payne.

On March 10, 2021, deputies from the Cherokee County Sheriff’s Office arrested Payne at his residence after a brief struggle.

Payne is currently confined at the Cherokee County Detention Center and charged with statutory rape of a child greater than six years older, and statutory sex offense of a child by an adult greater than six years older. The North Carolina Magistrate set a $1,000,000.00 secure bond and Payne is scheduled to appear in Cherokee County Superior Court on May 3, 2021.

Sheriff Derrick Palmer stated, “Due to the age of the victim and nature of the crimes we will not be making any further press releases in this case.”