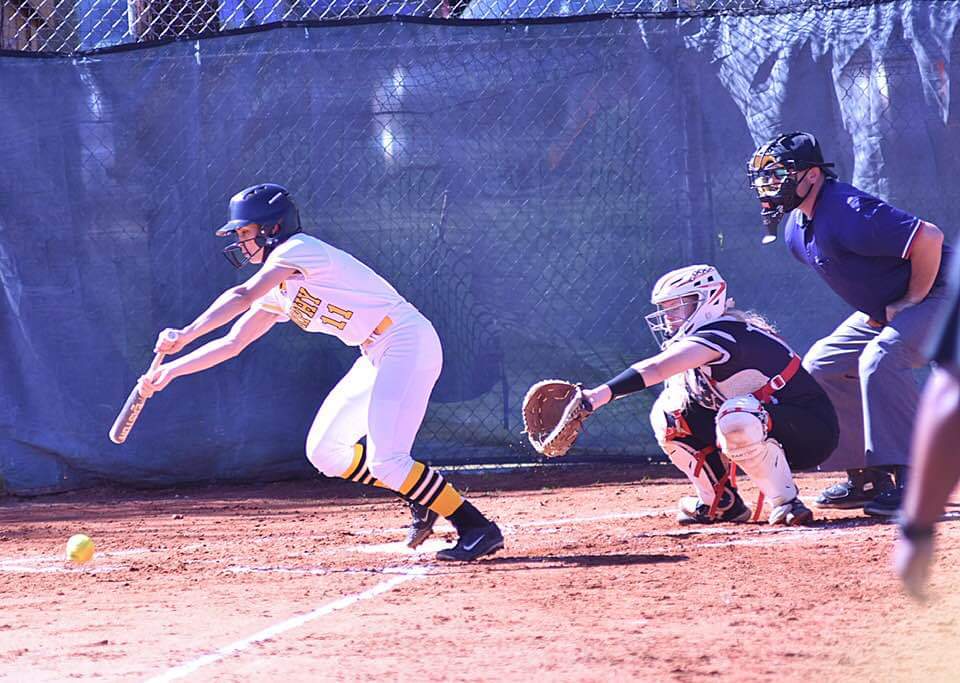 Lady Bulldogs Senior short stop Grace Nelson was able to give her team a boost offensively when they needed it the most last night in their home opener against the Robbinsville Lady Knights. Nelson was 3-4 at the plate and helped the Dogs pull out a 14-10 victory over their rivals.

Nelson wasn’t the only Lady Bulldog that saw the ball well Monday night, as Senior Annie-Kate Dalton tacked on her second home run in as many games. Dalton, Ansley Hogsed, and Riley Dockery all collected 3 RBIs a piece. Nelson was also a problem on the basepaths, stealing four bases in total.

The fireworks offensively were early and often for both teams and we had a 4-4 tie after the end of the first inning. An exhausting game for players, coaches and score keepers alike.

Jersey Schwalm toed the rubber for the Dogs in this one, lasting 7 innings while giving up 10 runs on 13 hits and striking out 9 Lady Knights.

Next on the docket for the Dogs is Cherokee and Hayesville on Tuesday and Thursday of this week. Both games will be at home.

The Lady Knights will look to get back in the win column against Andrews in Amdrews on Tuesday of this week.