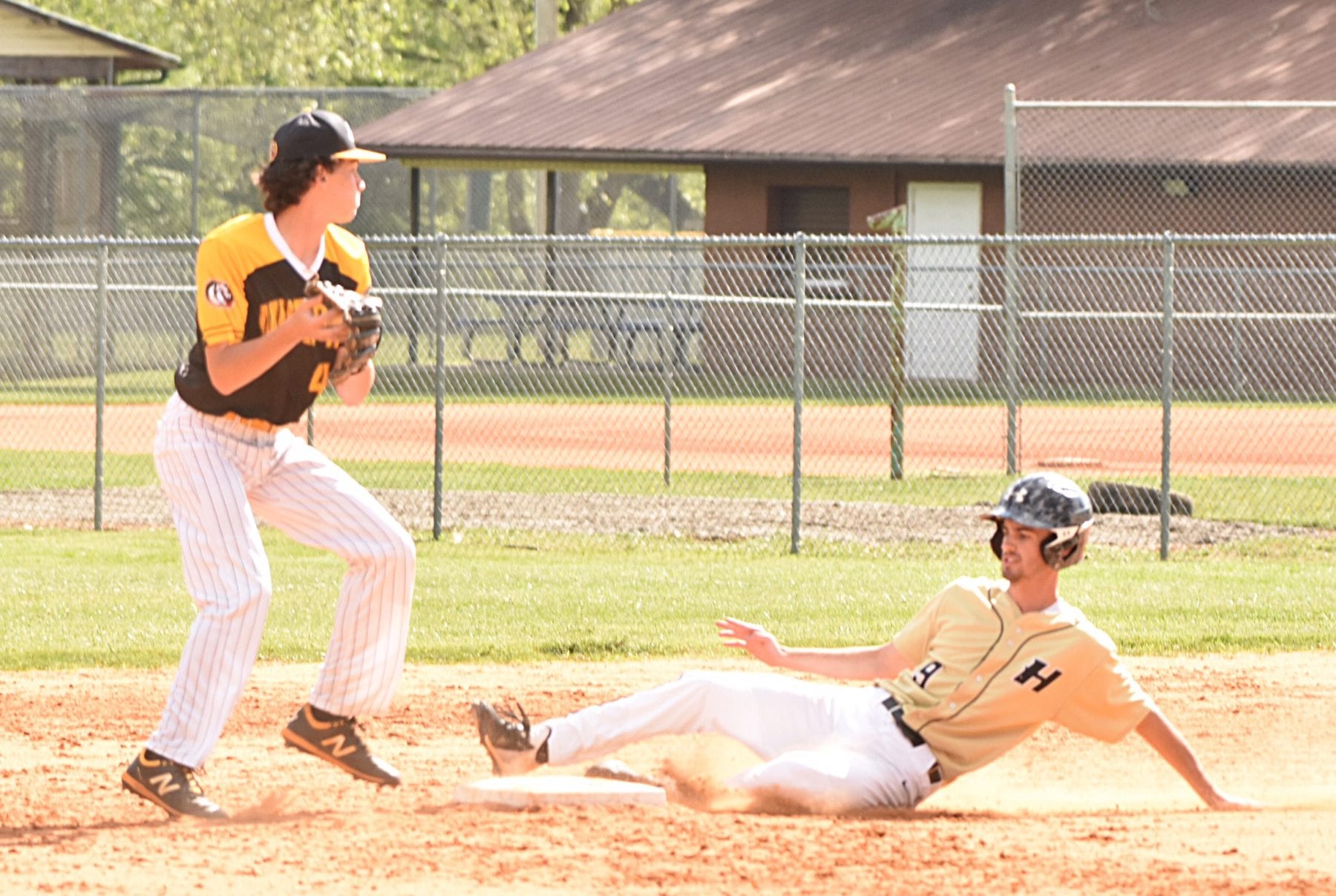 The Hayesville Yellow Jackets and the Murphy Bulldogs will be facing off on Tuesday, June 8th in what is the de-facto conference championship. Hayesville comes into the matchup undefeated (12-0) having beat Murphy (10-1) earlier in the season by a score of 10-1. Don’t be fooled by that score though as Murphy’s football team was coming off of a deep run into the playoffs, causing some players to miss some time.

The story of the first game was not just the Yellow Jacket offense but Jeremy Stewart on the mound for Hayesville. He absolutely shut down the Bulldogs and never really gave them an opportunity in the game. Isaac Cole started for Murphy and had a rough outing- walking three, giving up six hits, and six total runs with four of them being earned in 3.1 innings. Jesse Kephart came on in relief and pitched better, while giving up five hits he had no walks allowing only 1 earned run. The defense for Murphy was less than ideal in this game, giving up 6 unearned runs. Offensively Murphy only got two hits total. Hayesville got three hit games out of both Avery Leatherwood and Connor Bradley to pace the offense. All this led to Hayesvilles lopsided 10-1 win.

What/Who to watch for from Murphy:

Who is going to be on the mound for the Bulldogs is the biggest question heading into this one. Isaac Cole leads the Bulldogs in innings pitched with 17. Unfortunately, he does have the highest ERA on staff with a 4.12. Senior Dawson Hensley has a 2.63 ERA in 13.1 innings pitched with a staggering 26 strikeouts. Junior Briggs Cornwell has thrown 13 innings on the year and has yet to allow a single earned run for a 0.00 ERA while striking out 21. It will be curious to see who gets the start for the Dogs. If it were me, I would like to see Hensley, Cornwell and Kephart all get some innings. Playing Hayesville you need guys on the mound with experience and “Swagger” and those guys have it. Ride the hot hand. Offensively Hensley leads Murphy with three home runs on the year and has a .500 batting average. As well, Payton McCracken leads Murphy in batting average at .516 from the leadoff spot. I also think McCracken could be the ace in the hole that could come on a give you an inning or two on the mound, even though he hasn’t pitched this year.

What/ Who to Watch for From Hayesville:

We know barring something crazy Hayesville will start Jeremy Stewart on the mound. He has an insane 0.39 ERA with 36 innings pitched on the year with 45 strikeouts. Offensively Hayesville is led by leadoff hitter senior Connor Bradley who leads all of 1A in home runs with 6 averaging 1 every other game. As well, sophomore catcher Avery Leatherwood has been solid behind the dish for Hayesville and is second on the team with a .467 batting average.

Keys to the Game:

I think Hayesville will take this one with the final score being 3-1. Reason being is that I believe that Stewart is going to have his best stuff on the mound for Hayesville in this one, and the Dogs won’t be able to get much going offensively.  I’m also going to predict that Connor Bradley is going to add to his state leading home run total and put one over the fence to ignite Hayesville’s offense.

Shocker, I’m picking Murphy and Caleb is picking Hayesville. Honestly though, the reason that I am picking Murphy to come away with a win in this one 6-5 is because of one kid- Dawson Hensely. For whatever reason, Hensley did not get to throw a single pitch for the Dogs in their first matchup with the Yellow Jackets. I think if he does get to step on the mound for this one, things will be completely different. The kid is a winner. With his refuse to lose attitude on the mound and some help from his buddies in McCracken and Allen, dont be surprised if Murphy pulls the upset. Don’t get me wrong, if the right guys aren’t put in the right spots kind of like we saw in the first matchup between these two teams, history will repeat itself and we will see Hayesville capture the SMC title. However, I believe that Murphy has learned from their mistakes and will walk away with a W.