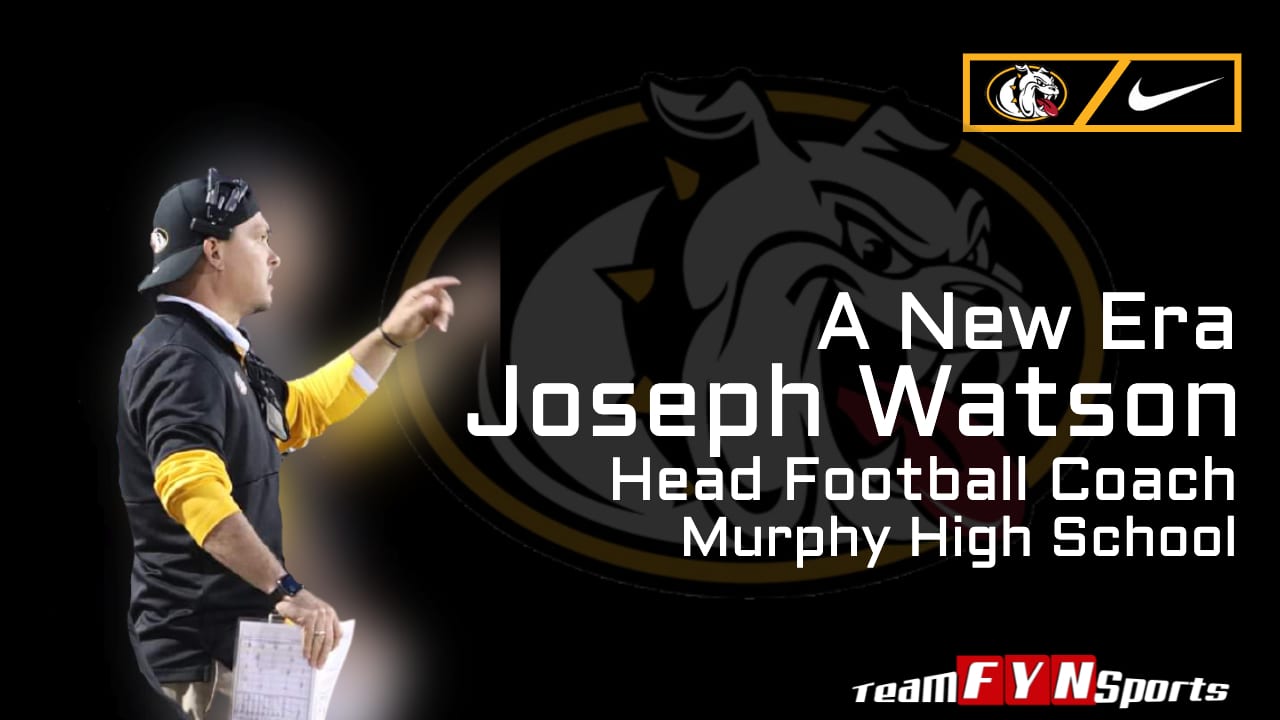 For the first time since 1983, the powers that be at Murphy High School were tasked with finding a new Head Football Coach. After the shocking news that longtime, Hall of Fame Head Coach, David Gentry was retiring came earlier this week, Bulldog Athletic Director Ray Gutierrez and crew were under the gun to find their new man. However, the search was probably easier than it should have been, as the perfect man for the job was already a life-long Bulldog.

This morning in a live press conference on FYNTV.com, Bulldogs Offensive Coordinator Joseph Watson was named the new Head Coach of the Black and Gold.

Watson, 43, has been on the staff and working alongside David Gentry for nearly 20 years. A Graduate of Murphy High School were he played under Gentry and was a 3 sport star, Watson went on to play college football at Western Carolina University. Since Gentry brought him back to be on the coaching staff at Murphy, he has helped the Dogs win 7 Western Regional Championships and 5 State Titles. What’s more important than all of his accolades as a player or coach? The fact that Coach Gentry recommended him to be his successor.

“My plan at mhs is to continue building the winning tradition that Coach G has set in place already. I’ve dreamed about this moment my whole life.

More on this story later…