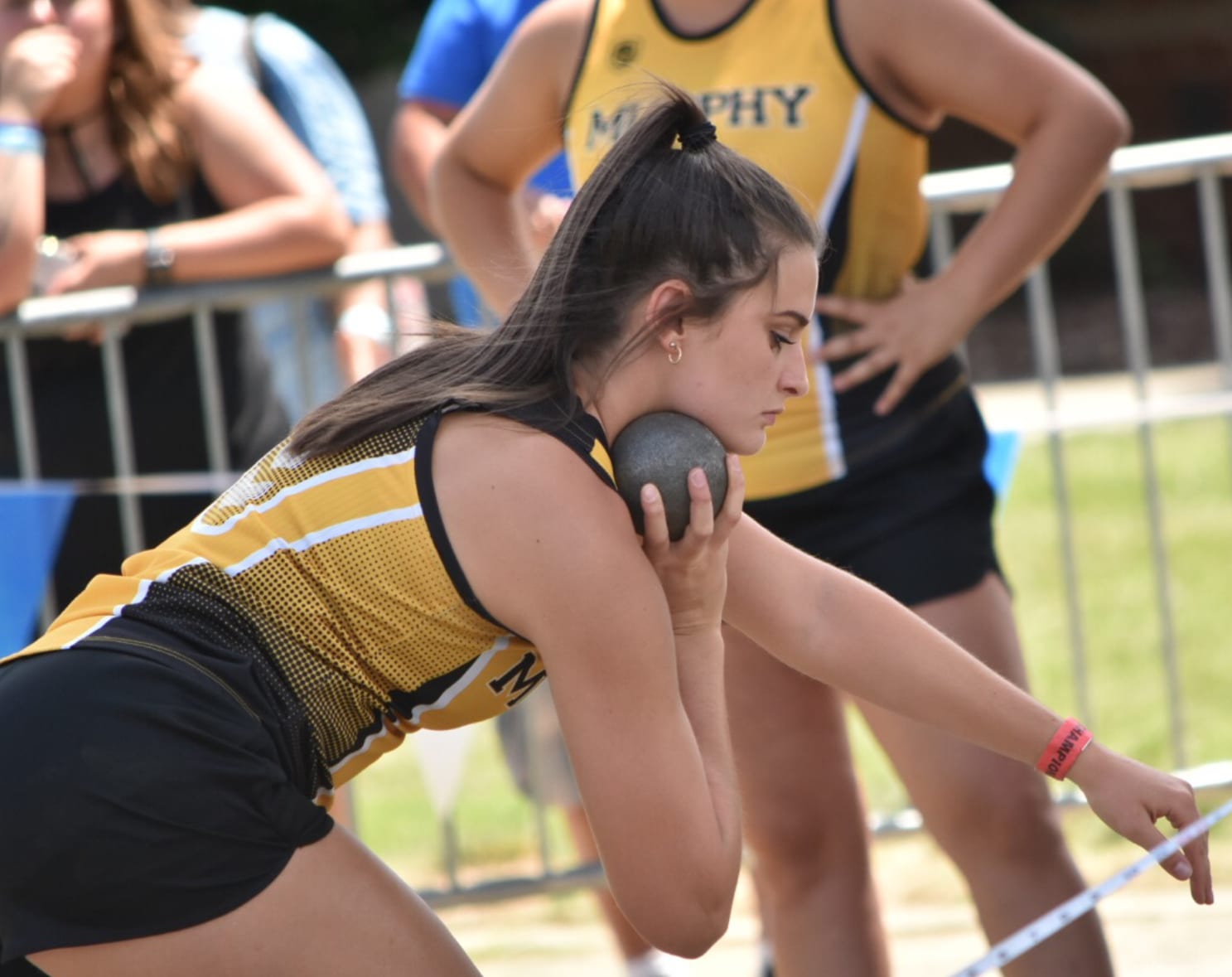 Press Release: The North Carolina High School Athletic Association is pleased to announce the 2020-2021 winner of the Pat Best Memorial Trophy as the NCHSAA Female Athlete of the Year. The award is in its 36th year. This year’s winner is a four-time Team State Champion, three-time individual State Champion from Murphy High School, Sarah Pullium.

Pullium was a senior with the Murphy Women’s Basketball and Track & Field Teams, winning multiple team and individual State Championships during her four years at Murphy. On the basketball court, Pullium was a part of two state championship teams, including this year as she helped the Bulldogs trounce Princeton 76 to 34. She scored 22 points and grabbed eight rebounds in the Championship Game on her way to being named the Most Outstanding Performer for the 1A Championship Game.

Pullium won the State 1A Championship in discus her freshman and sophomore years, missing in her junior season due to COVID. She returned to the top of the podium in the State Discus Championship this year, winning the event by more than 29 feet. Her efforts in Track & Field helped the Bulldogs capture two Team State Championships.

She also helped lead the Volleyball team to three conference championships and was named All-Conference two of those seasons, and Best Offensive Player this year. She also got the chance to try her hand at Soccer this year, earning Rookie of the Year honors for the Bulldogs Women’s Soccer Team.