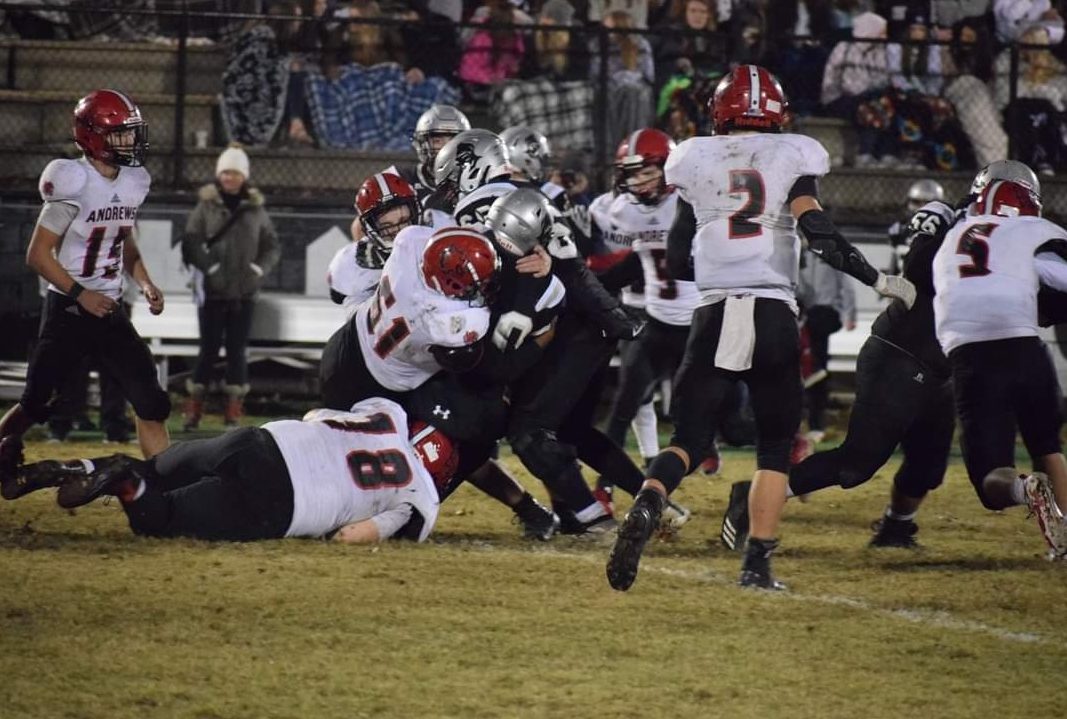 Yes. The answer is yes, the Andrews Wildcats will be contenders this year in the Smoky Mountain Conference.

What a year 2020 was for the Andrews Wildcats. Their first winning season since 2011-2012. First win over Swain County in 20+ years. A playoff birth, and a darn near playoff win against Elkin in the first round where it seemed like they just ran out of time. Perhaps the best part about the 2020 team though, is that they are mostly all returning for the 2021 season, and that is why they will be contenders in the SMC.

Let’s start with the quarterback. Donovan Bateman returns for his Junior year to lead the Wildcats. Last year, Bateman showed flashes of really good QB play. He also showed flashes of not so good QB play. But, a lot of his mistakes last year just came from inexperience, and you would be surprised what one year can do for a guy under center. I think he is poised to have a good year, and I would expect the Cats to put the ball in the air more than we are accustomed to.

At running back, Issac Weaver returns for his Junior year. Weaver is an every down, workhorse back. He won’t be running with his cohort Gavin Wilson anymore due to Wilson’s graduation, so expect Weaver to get Derrick Henry type usage, with upwards of 25+ carries a game. Even though they lost Wilson to graduation, they are adding Austin Martin to their backfield. Martin will help ease some of Weaver’s load. I think Bateman’s newfound confidence at QB is really going to allow the Cats to keep the running game open, and allow Weaver to have a big year. It’s hard to have a good run game without a good pass game and vice versa, so hopefully for Weaver’s sake they spread it out a little more this year.

Cole Anderson will definitely play a big part in the passing game this year. The Junior wideout will probably be Bateman’s number one target this year, and if those two guys are able to get on the same page, Andrews is likely to make a deep run this year.

Andrew and Austin Martin will be the anchors for the Wildcats defensively. Austin missed all of last year due to an injury, so it will be fun to see what he can do in his first game back this year on August 20th. Andrew led the Cats in tackles last year, with 76 total tackles over 8 games. Bringing back your leading tackler is always huge for a team defensively, and if Austin is able to bring that same intensity then it will not bode well for opposing offenses.

The Wildcats open their season up at home on August 20th against the Hickory Hawks. From what I can tell, the Hawks are an independent homeschool Christian football team. They were 6-3 last year and 6-7 the year before that, so they definitely can hold their own against the competition they have seen in the past.

After Hickory, Andrews will travel to Cherokee to play the Braves for the first of two contests between the two teams this year. With Rosman leaving the conference it was hard for SMC teams to fill their schedules, so Andrews and Cherokee will play twice. This first game between the two foes will be scored as a non-conference game, so it will not count against either teams conference record.

Up next for the Cats on September 3rd is North Buncombe at home. North Buncombe was 4-3 last year in 3A, and they will bring a team of about 75 kids to Andrews. This will be a good test for the Wildcats early in the year.

Speaking of good tests, after North Buncombe, the Mitchell Mountaineers will come to town on September 10th. The Mountaineers were 7-1 last year, with their only loss coming against Robbinsville, 28-20. The Mountaineers are smothering defensively, and are huge up front, and this game will allow Andrews to really see if they can compete with the top 1A schools in the state.

After the gauntlet of North Buncombe and Mitchell in back to back weeks, the Wildcats have a bye week on September 17th.

For the Wildcats last non-conference game of the 2021 season, they will travel to Canton, Georgia to face the North Georgia Falcons on September 24th. The last time the two played in 2019, Andrews won 53-20.

Andrews will open conference play on the road, traveling to Hayesville to face the young Yellow Jackets. Andrews defeated Hayesville last year, 40-20 at home, so they will look to keep that momentum in 2021 and start conference play with a W.

Next up for Andrews is a big time matchup against Swain County. The Cats finally broke the Maroon Devils’ winning streak against them last year with a 36-14 win at home. I would expect the stands in Swain County to be filled to the brim this year, with Neil Blankenship returning to coach and the Devils looking to avenge last year’s loss. This will be a tough one for Andrews, but if they can get by they will be in the driver’s seat for a playoff spot.

On October 15th, Cherokee will travel to Andrews for the teams’ second matchup of the year. This time, the Win or Loss will go on their conference record. Andrews barely got out of Cherokee with a W last year, winning 30-28 in the waining seconds of the 4th quarter, and I would expect the same dog fight this year. Cherokee is a much improved team from last year, but Andrews will have the home field advantage in 2021.

Unfortunately for the Wildcats, they end their regular season in the worst way possible, with back to back games against Robbinsville and Murphy. On October 22nd they will travel to Big Oaks Stadium to face Robbinsville and try to avenge their shutout loss to the Black Knights last year. This is a completely different Robbinsville team than the one Andrews saw last year though, and if the Cats are healthy at this point and catch Robbinsville off guard, who knows what can happen. After the Robbinsville game, Andrews will play host to their arch nemesis, Murphy. Andrews played Murphy tight for 2 quarters last year in the season opener, so who knows, maybe lightening could strike twice and the Cats could come out on top of the SMC for the first time in a lifetime.

One thing is for sure though, these are not the same Wildcats of days past.