Tears and cheers came from the bleachers as the clock hit double zeroes Friday night in Andrews. The Wildcats finally got the monkey off their back.

Not only did they beat their cross-town rivals for the first time in 4 decades, they did it on senior night, and in a pretty dominant fashion. 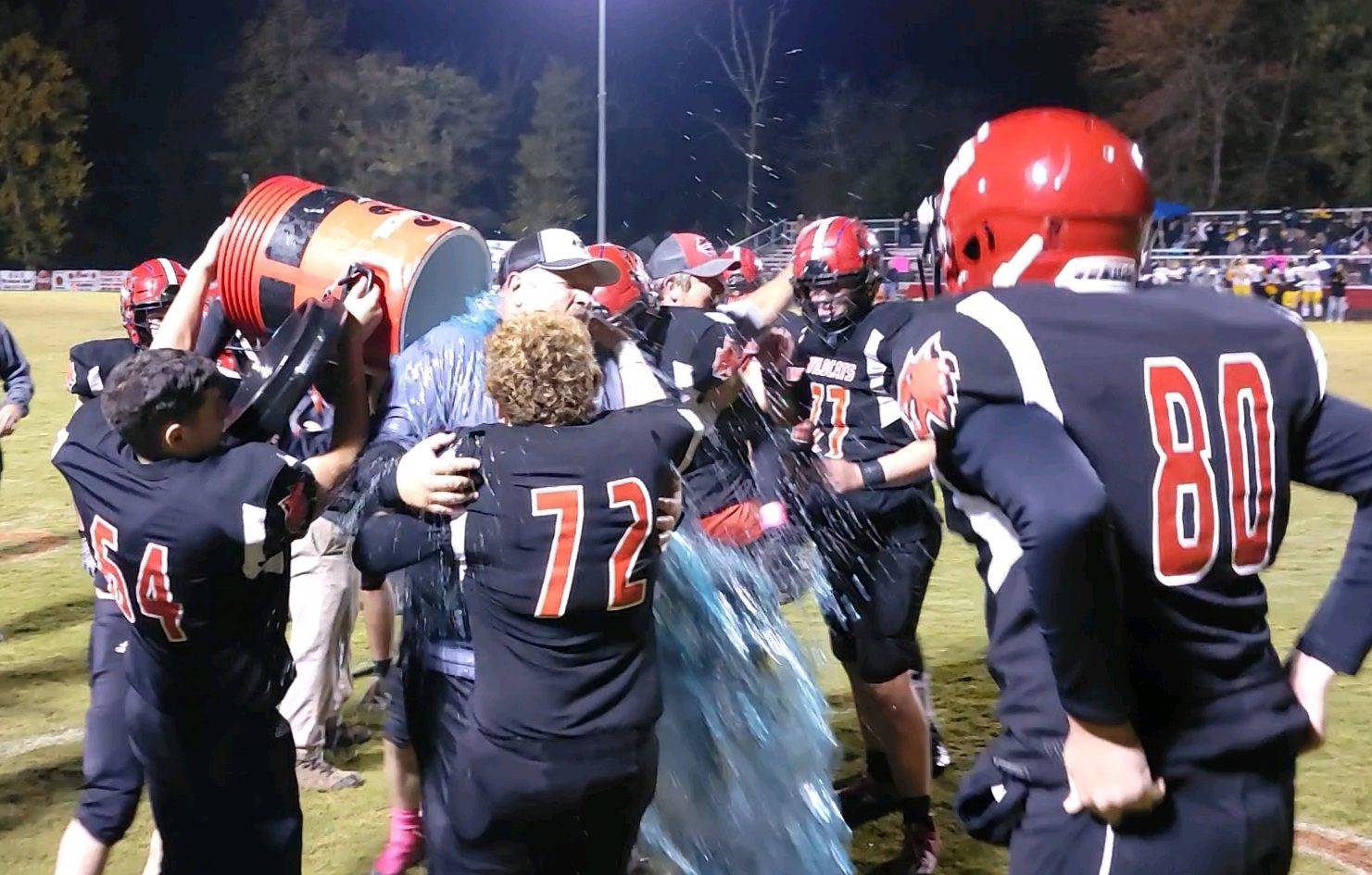 The Wildcats trailed 12-7 to start the third quarter, but it always seemed like they were in control. Austin Martin gave Andrews the lead on the Cats opening drive of the second half, and they never looked back. The defense didn’t allow a single point in the second half, and Isaac Weaver tacked on a late 4th quarter TD to put the game away.

This win meant so much for so many people in the community of Andrews. Former players, coaches and life-long fans had been waiting patiently for this moment. Even the mayor, James Reid, was jumping up and down on the sidelines with excitement! As much as it meant to the fans and the community, it meant a little more for the boys who had the pads on.

Gage Runge wore #7 for the Wildcats in honor of his friend and teammate Connor Pressley, who lost his life in a car wreck last year. Pressley would’ve been a senior on this Wildcat football team. 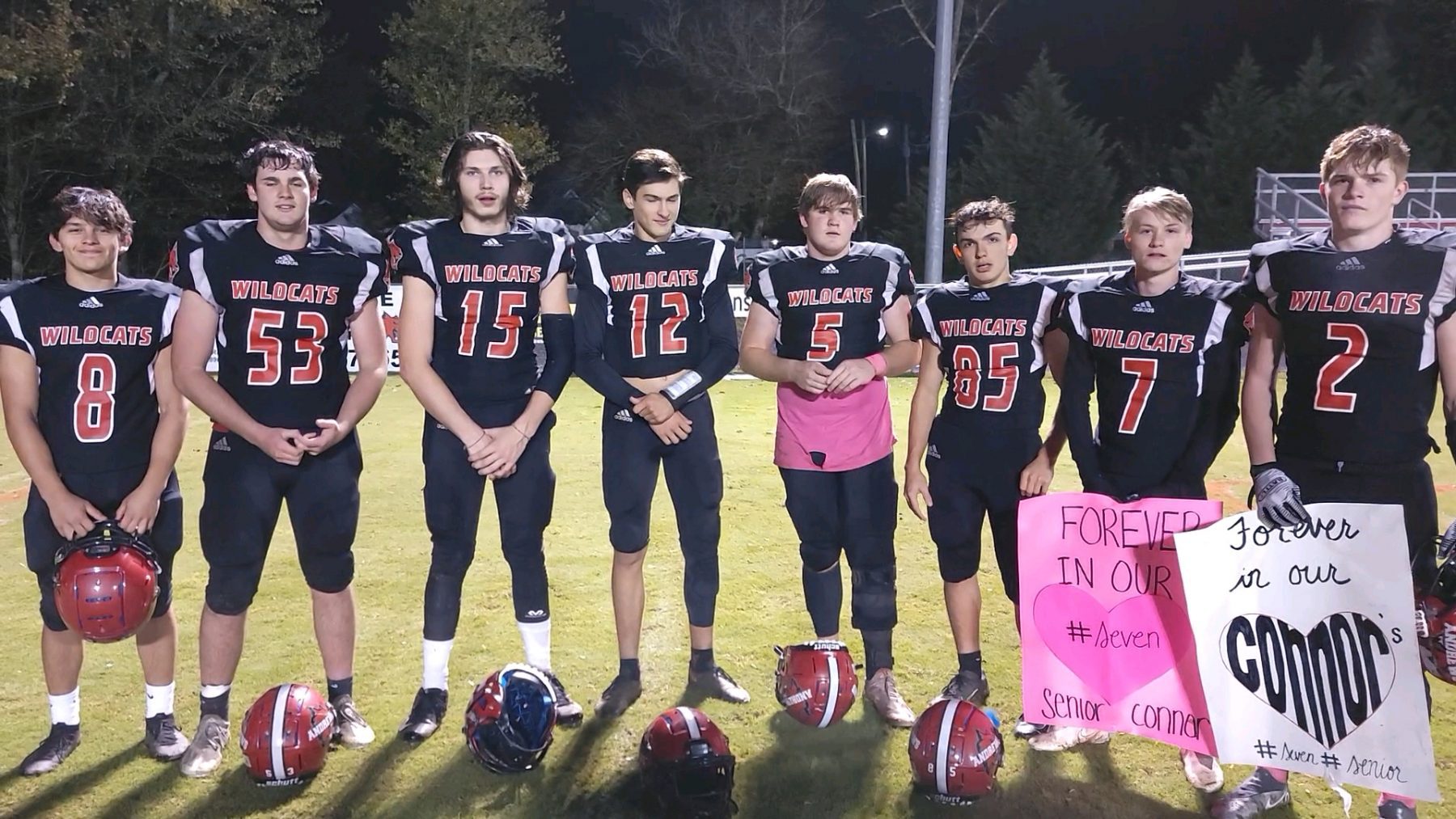 “It’s an honor to be able to wear this jersey and honor him tonight,” Runge said as he teared up. “That’s what we did, we came out here and honored him and made him proud. I felt like he was with me every play. Every step of the way he was with me.”

After the game was over and James Phillips had given his post-game speech, the Wildcats broke the huddle by shouting, “for number 7.”

The Wildcats are obviously going to celebrate this win and relish in the moment as they should, but they aren’t satisfied yet. Junior Running Back Austin Martin said, “We’ve just gotta be ready. We’ve gotta reset and be ready for whatever is up next (in the playoffs).”

Up next for the Wildcats will be a home playoff game for the first time since 2015. They will host Bishop McGuinness this Friday night at 7:30.

Who knows what the playoffs will bring for the Wildcats. Maybe they can make a deep run at a state or region title and add some hardware to that trophy case before school consolidation takes it away. One thing is for certain, they are playing with a purpose and peaking at the right time.