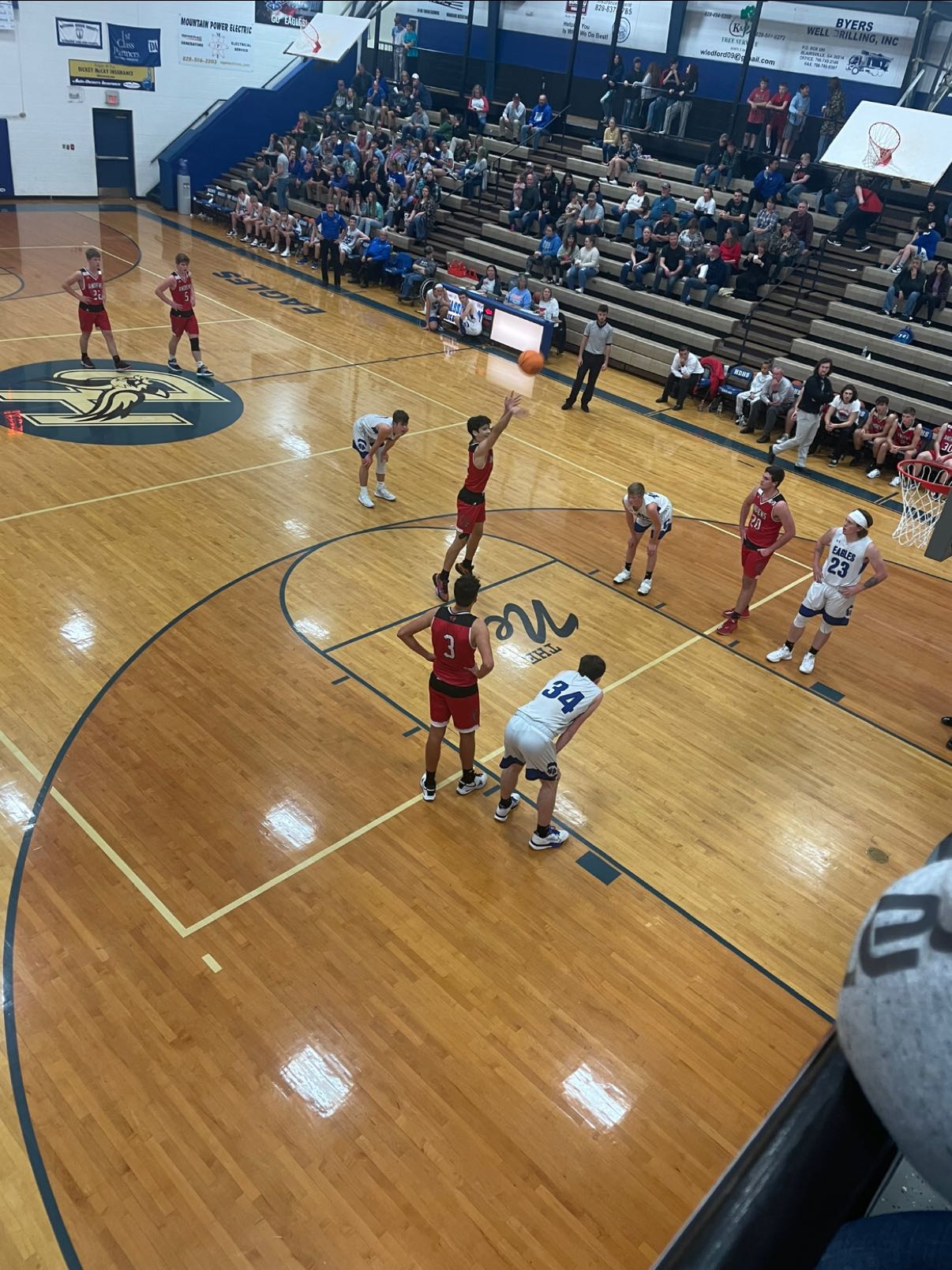 The Andrews Wildcats boys basketball team traveled down to county rival the Hiwassee Dam Eagles on Tuesday night. It was a hotly contested game in which the lead never got over 10 at the end of any quarter. Hiwassee Dam was down coming into the last quarter but found a way to pull out a tight win 55-49.

Hiwassee Dam took an early lead in the game, leading 12-9 after the 1st quarter. That was due in part to a seven point quarter for Sam Bradford. Hiwassee Dam would heat up in the second quarter and extend their lead. By the third quarter though Andrews started to turn it around and erased the Eagles lead. The Wildcats got eight points from Cam Rattler in the quarter and were able to take a one point lead. The fourth quarter was back and forth and it looked like it could be anyone’s game. Sam Bradford capped off his 26 point night with a 9 effort in the fourth quarter including 7-8 from the free throw line. This allowed the Eagles to push back ahead of Andrews, winning 55-49.