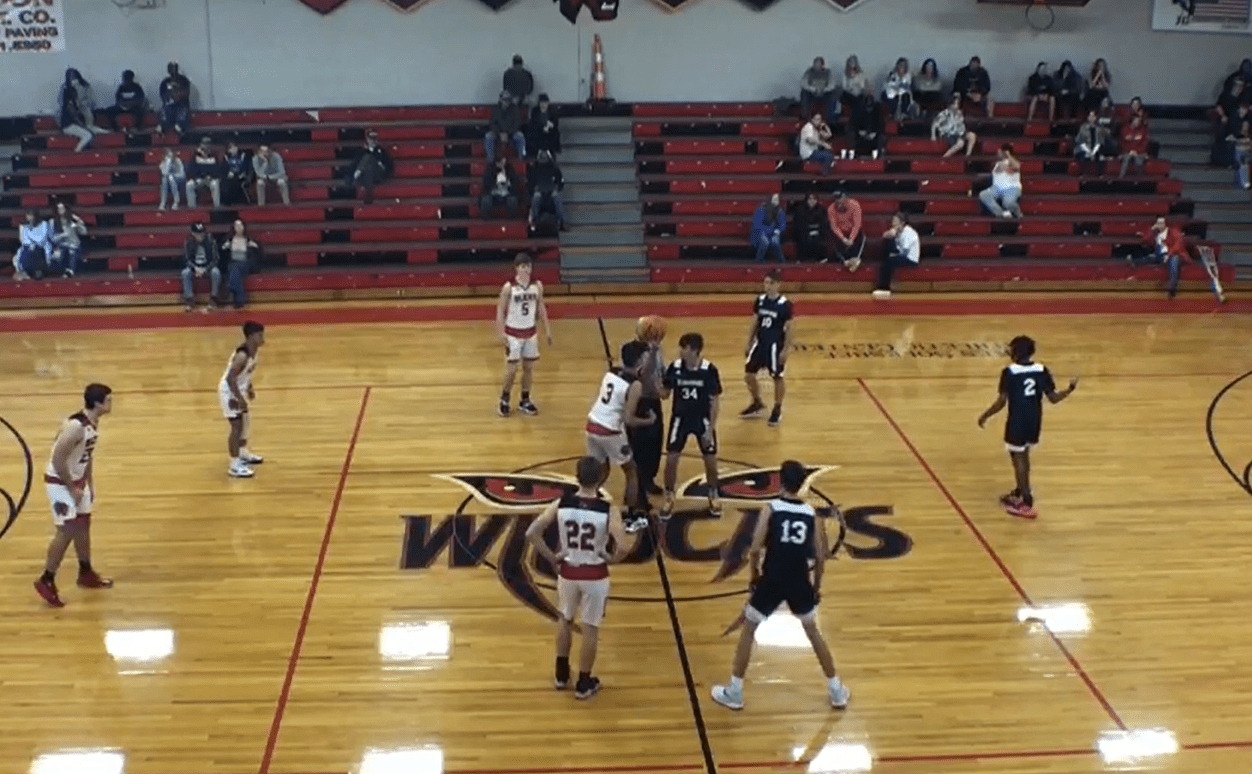 The Andrews Basketball teams hosted Invest Collegiate out of Asheville on Friday Night. It was a great night to be at the Ken Solesbee Athletic Center as both teams dominated pulling off a varsity sweep on the night. The girls team won their first game of the season and looked really good doing it. While the boys had a hot start and never looked back to win their game by double digits.

The Lady Wildcats got off to a great start in the first quarter taking control of the game early. Their star senior guard Emily Mealer had a big first quarter with 12 points including a pair of threes. Andrews also got scoring from four other players in the quarter as well. Mealer led the way but possibly for the first time this year got steady contributions from the rest of the young Lady Wildcats team. By the halftime break Andrews held a dominant 32 to 7 lead. This allowed for them to cruise to victory in the second half. Throughout the first couple games we had been waiting to see this young team turn the corner and it appears they have done that on Friday night. The final score was 55 to 19, the Lady Wildcats got a full team effort on the night. After the big win let’s hope this young team can keep up the momentum and turn this into a winning streak.

The boys game was a total and complete domination by the Wildcats. They controlled the game from tip off to the final whistle. A big part of this was due to the career night from Isaac Weaver who had 28 points on the night. Weaver had 13 points in the first quarter alone to help Andrews out to a 20-5 lead. Weaver followed that up in the second quarter with a three threes to further extend the Wildcat lead. By Halftime the Wildcats led 37-10 and would go on to cruise to victory in the second half. Cam Rattler also had ten points on the night for the Wildcats along with several assists and a massive block. All in all nine different Wildcats scored on the night, improving their record to 3-2 winning 67-33.