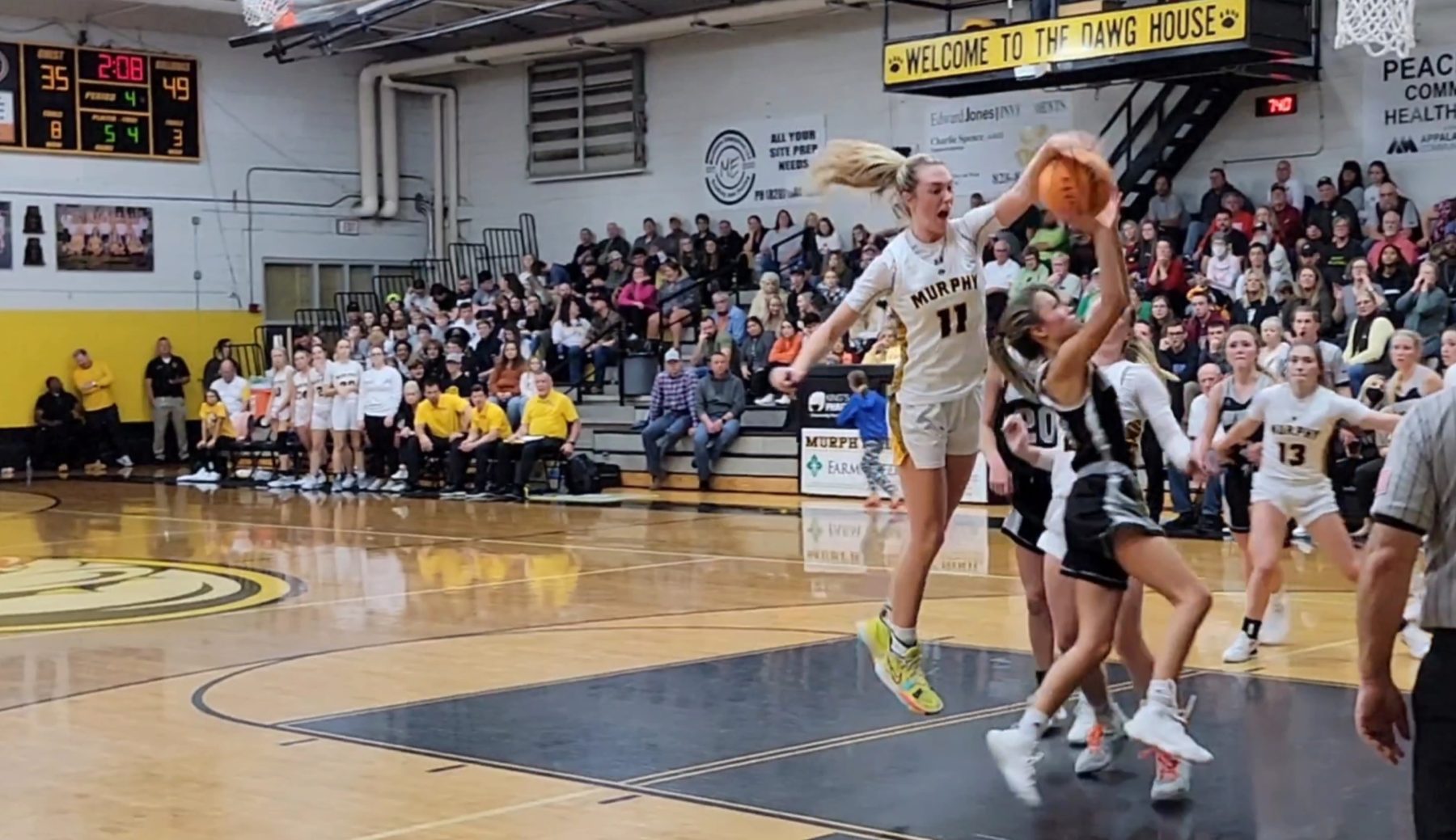 It’s been a pretty good couple of days to be a Lady Bulldog.

5 days ago, Murphy was staring down a stretch of 3 straight games against conference opponents, 2 of which were ranked in the top 10 in 1A in North Carolina.

The Dogs were able to come out unscathed and now sit alone atop the Smoky Mountain Conference.

After a win last Friday against Hayesville, Murphy played host to rival Robbinsville on Tuesday. Robbinsville had Murphy’s number last year during the regular season, sweeping the Lady Bulldogs for the first time in recent memory.

Seniors Torin Rogers and Amber Martin made sure the Dogs would defend home court, leading their team to a 54-48 victory. Rogers was one block away from a triple double, posting a line of 34 points, 14 rebounds, and 9 blocks. It was a back and forth contest between the two teams for much of the night, but Rogers poured in 24 points in the second half to help put the Black Knights away. Take a look at some highlights from that matchup below:

24 hours after the emotional victory over Robbinsville, the Lady Bulldogs traveled to Cherokee to take on the #6 ranked Lady Braves.

Acter a very closely contested first half, Murphy ended the second quarter on an 11-2 run and took a 22-20 lead into the break.

A good third quarter for the Lady Bulldogs gave them a 40-33 lead heading into the third, but the Lady Braves didn’t go away quietly, cutting the lead to one with a minute left to go in the game. Murphy stayed cool under pressure however, and after a technical foul was called on the Lady Braves, Torin Rogers went 3 for 4 at the charity stripe and gave her team a 51-47 lead with 25 seconds left. The Dogs would go on to win, 57-52, and Torin Rogers would have her second straight 30+ point game in as many days.

Up next for the Lady Bulldogs is the Battle of The States Christmas Tournament at Towns County High School on December 28th, 29th, and 30th. The Lady Bulldogs will face some stout competition and the tournament always makes for a fun time, so come out and support these young athletes!