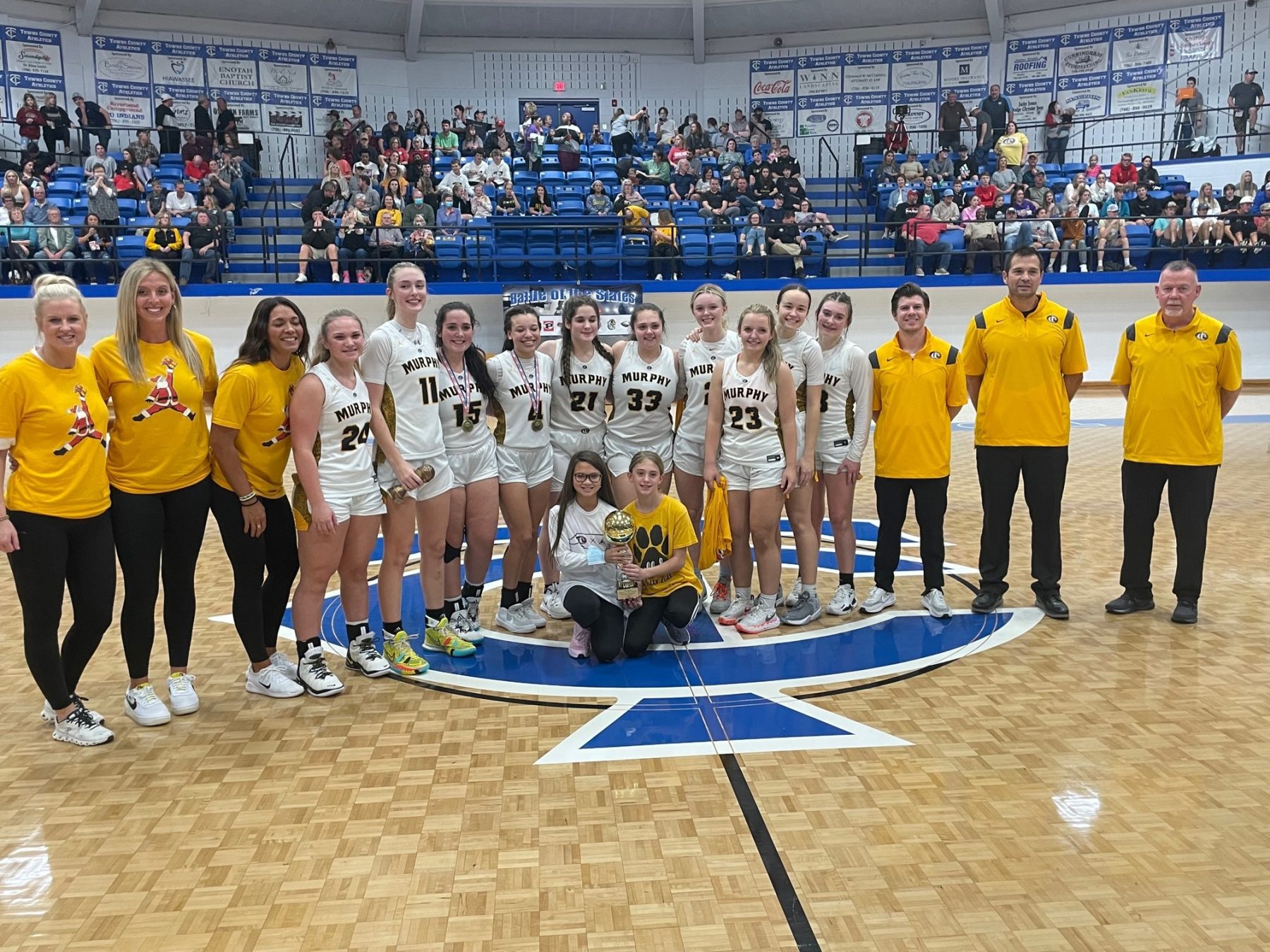 (Hiawassee, GA) – – Don’t ever think free throws or foul shots don’t mean anything.  Murphy’s Lady Bulldogs used them as a lifeline to win the Battle of the States Girls Basketball Tournament Championship at Towns County High School on Thursday night (12-30-2021).  Murphy pulled 13 of its 15 fourth period points from the charity stripe to take the tournament trophy in a close 54-to-49 win over Rabun County’s Lady Wildcats, who are ranked in the top 5 of their division in Georgia.  Torin Rogers, Amber Martin, and Calista Adams take top honors at the tournament.

Breakout performances for the Murphy Bulldogs in boys play helped solidify third place.  The pace and momentum were set early by leadership from Junior point guard Dillian Brown to open up the game with back to back 3-point jump shots.  But the sustaining power came from people like Zack Skogen and Will Carringer who had leading performances for the Bulldogs.

Shooting was ice cold for the Lady Bulldogs in the opening moments and rather chilly in the last period of a close and hard fought basketball game against the Rabun County Lady Wildcats.  Murphy needed to make some adjustments after trailing 15-to-8 after the first period of play.  Lady Bulldogs poured on a few threes and hit the paint with Torin Rogers, who had 8 of her 21 points in the second period to build momentum.  Murphy’s Amber Martin and Lailee Holloway kept their fans hopeful by hitting the outside and 3-point shots.  Murphy led at the half 31-to-27 and took that energy into the third period to muster a three point lead going into the final period with strong defense.  Shooting was not the greatest in the fourth period.  Rabun County stifled the Lady Bulldogs with a foul or tough perimeter defense.  Murphy went to the line 8 times and hit 13-of-15 shots to pull out the win.  Only one basket was made, by Torin Rogers, in the fourth period. 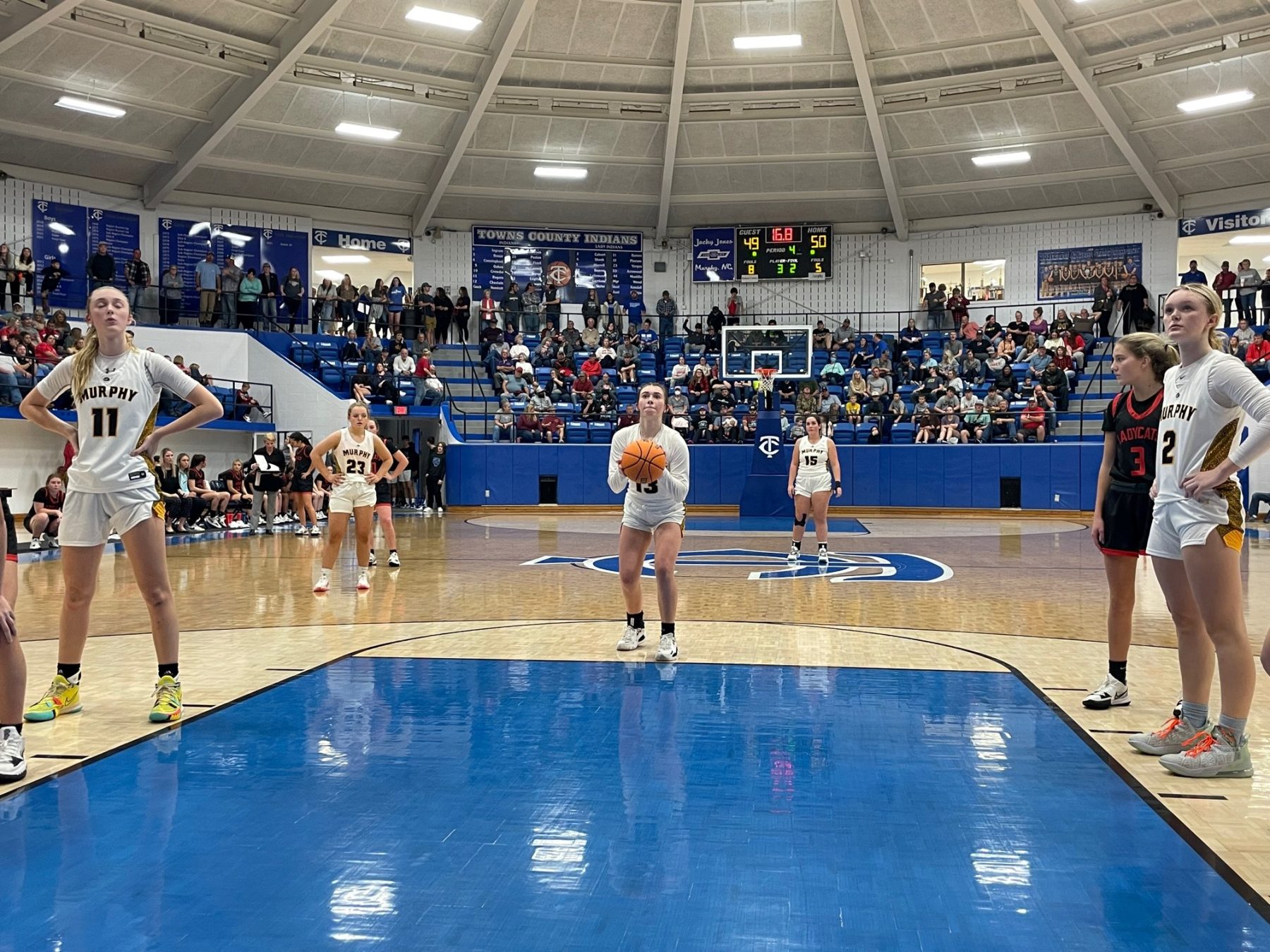 Winning against a well-coach, disciplined, skilled, and ranked team is a good thing to have.  Murphy Senior Forward Torin Rogers says this is not just a garden variety win, it is a win against a quality team that says Murphy Lady Bulldogs should be proud.  “Rabun County is a great team.  I don’t know if we have played a team as good as them all year.  So, to finish up the year, 2021, with a win against them, it is huge.  I thought everyone played well and we knocked down some big shots.  I am really excited,” Rogers commented after the game.  Roger’s full comments can be heard at the link in this article.

Murphy Coach Ray Gutierrez added to Roger’s comments about being proud and excited for the win.  “I am so proud of our girls.  We overcame a deficit early and we knew that Rabun (County) is a quality win for us.  They are a 20-win-a-year team.  To come in here and beat them, I am so proud of our kids; proud for our school; proud for our community.  I love this tournament. I have been coming over here for four years since I have been here (Murphy High).  We missed last year and to come back this year and defend our Championship from two years ago, I am so pumped.  We have great Seniors that went to work tonight, and they played extremely hard,” Gutierrez said.  Full comments from Coach Gutierrez can be heard at the link in this article.

Not bad to be the number 3 man in an eight man race.  The Murphy Bulldogs improve their record to 4-and-8 on the season; build some unity; and see how they can work in the inside/outside game.

The energy and momentum on the court in Thursday’s game with East Forsyth (GA) was established when Bulldog Point Guard Dillian Brown stepped out in the opening moments to drain a pair of three-point jump shots and felt comfortable taking a few more later.  It set the pace for other team members to crank the 3-pointer like Hunter Laney, who returned to the hardwood after a 10-day lay-off from play to heal.  Dozer Mashburn, Zack Skogen, and Dominick Rummler had double figures and protected the paint.  The big performance for the Bulldogs to support a comfortable win was Will Carringer who had a breakout 16 point night. 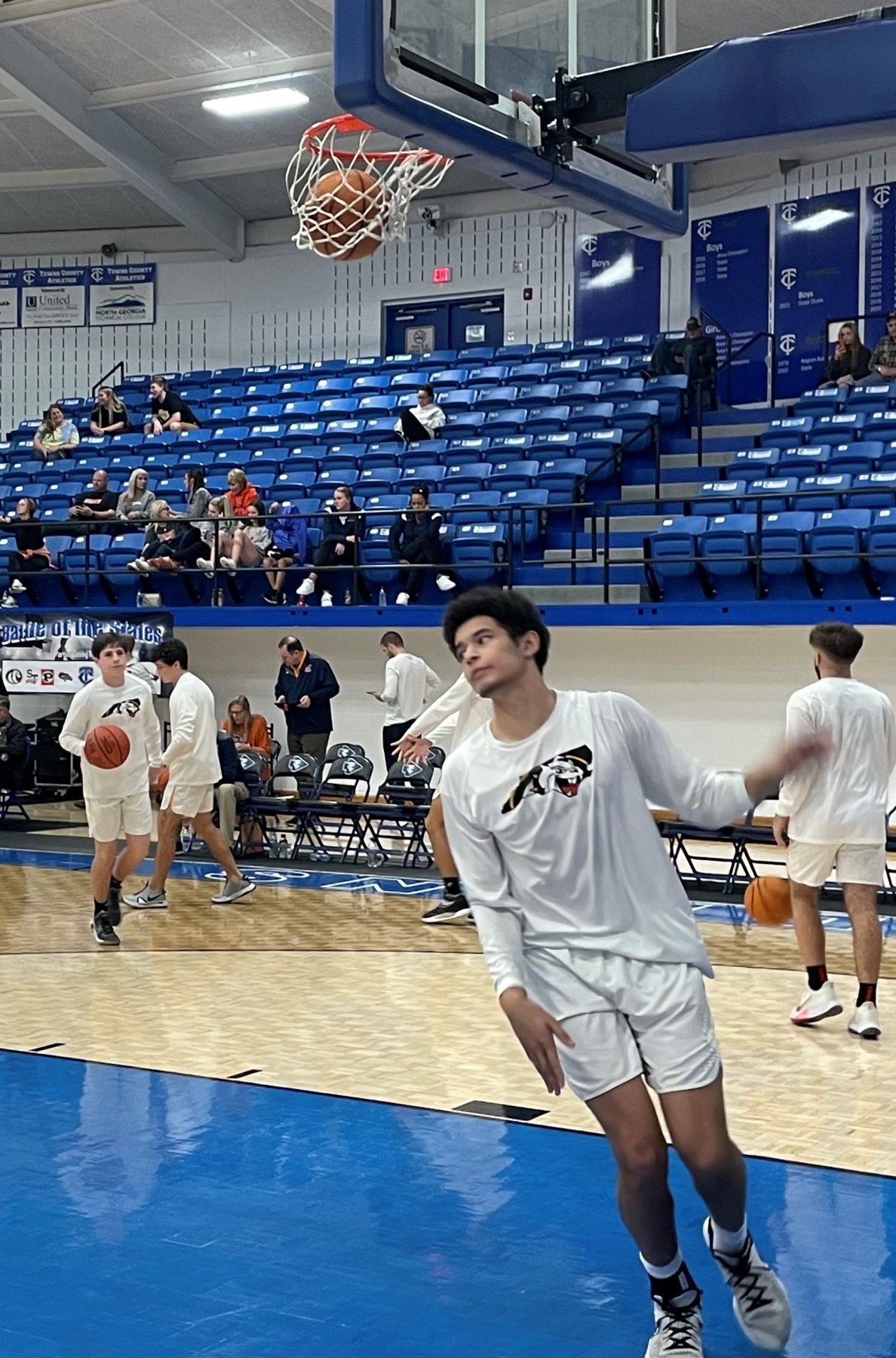 It was a better day than the day before when Murphy struggled against Towns County.  The low shooting percentage and some unfortunate mistakes “put the ball in Towns County’s hands.”  Round three of the tournament was way different.  Murphy playing without some player like Payton McCracken, who suffered a fracture to his fibula during the Towns County game; and Cole Laney who was suspended in the Towns County game placed some challenges to Bulldogs.  Eight players dressed for the game, including Hunter Laney.  “We bounced back from yesterday.  It was a good game.  Our big dudes (Mashburn, Laney, Skogen, Runmmler) came out and played a lot better today than some of guards,” Murphy point guard Dillian Brown, who finished with 11 points on the day, commented after the game. You can listen Dillian’s full comments at the link in this article.

The diversity in the competition at the Battle of the States Basketball Tournament, which is in its 27th year, presents a platform for players to improve according to Coach Eric Laney.  “It is good to come to Towns County and get a win.  It’s always good to win.  But I told them (Bulldog Boys) in the locker room, you have two wins in Towns County out of three in the Battle of the States.  I’ve done that with a couple of teams, but that doesn’t always occur.  You see such good competition here.  So, it is good to come out and get a third place win,” Coach Laney commented after the win over East Forsyth.  You can listen to Coach Eric Laney’s full comments at the link in this article.

Murphy Scoring (listed as they appear in the score book)

Murphy will have three games on its schedule for the coming week.  The Bulldogs will face Swain County, Andrews, and Highlands.  Look for updates and details on the game, and schedule changes, or coverage from Team FYN Sports.