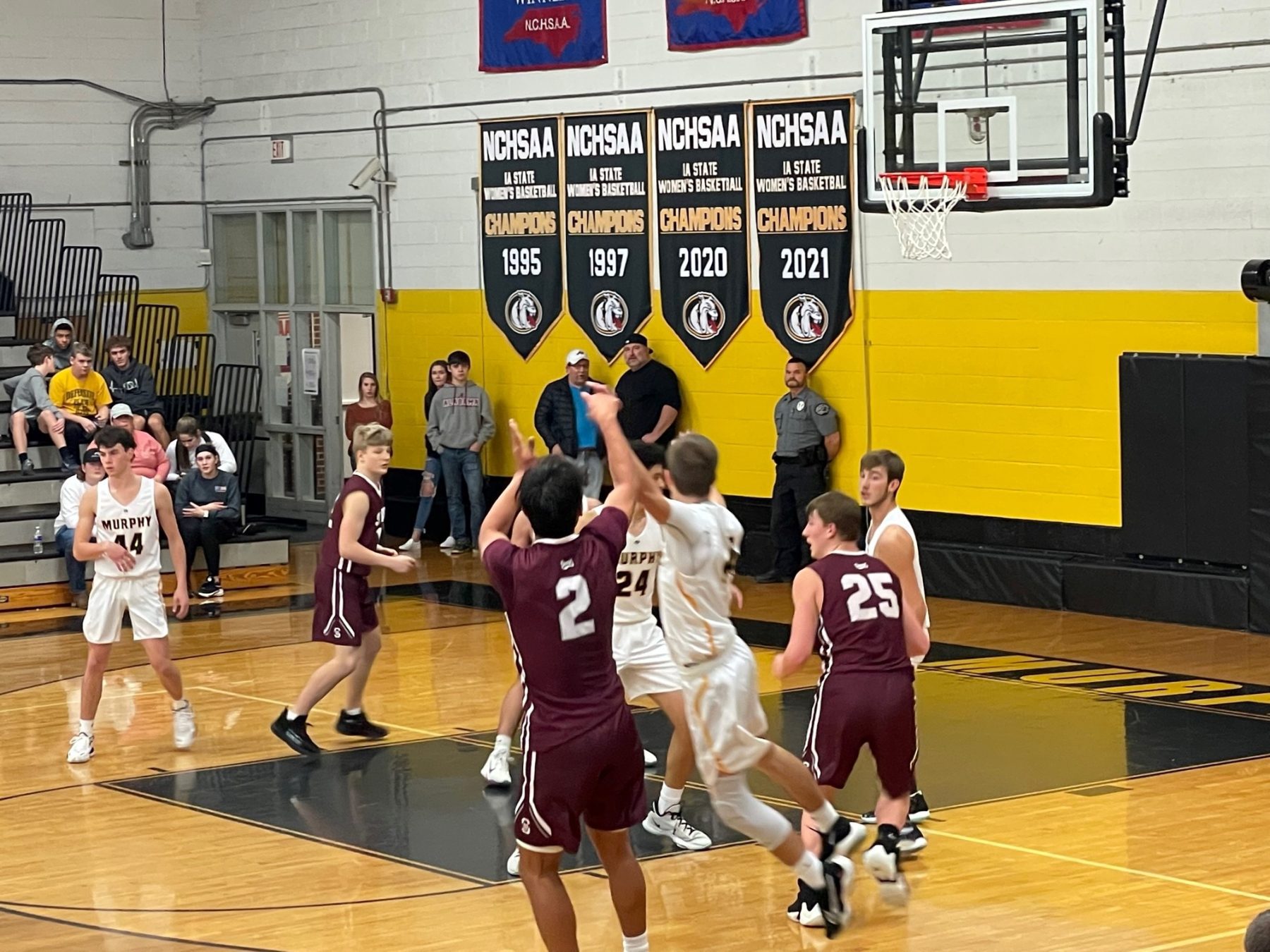 (Murphy) – – Murphy and Swain County split the twin-bill with the Murphy Lady Bulldogs taking a commanding lead and never looking back.  The Swain and Murphy boys played a little closer, although the Maroon Devils held the lead the entire game.

Murphy was led by Torin Rogers with 25 points that paced the Lady Bulldogs to a 10th win this season.  Amber Martin cranked out four 3-pointers to keep the fans cheering.  By halftime the Lady Bulldogs led 43-to-16 over Swain County.  Lady Maroon Devils were led by Savana Smith with 11 points.

Defense, baskets not falling, and a good number of turnovers flavored the first 3 minutes of the boy’s game.  Swain scored first at the 6:27 mark and Murphy about 45 seconds later both on big shots from both sides.  The up-tempo game and a few too many Murphy turnovers were the flavor that lasted for Swain County.  Close at the end of the First Period; Swain County 15 Murphy 11; was not an indicator of the game moving forward.  Swain County outscored Murphy 25-to-16 in the Second Period to go the Halftime with a 40-to-27 score.

Leading and scoring is a shared concept for the Swain County Maroon Devils.  Swain’s Dannavin Groenwold built the momentum and lead with 13 first half points that included three 3-point jump shots.  Groenwold passed the basketball off in the second half to Carter Kirkland who was constantly in the paint and would attract enough fouls to make a mark in the game from the charity stripe.  Kirkland cored 11 of his 15 points in the second half.  Swain enjoyed the good shooting from Cooper Hyatt who had 16 and Isaiah Collins, 14, to help seal the win.

Better basketball and a good grade for the night’s competition with Murphy is the observation and kudos from Swain County Boys Basketball Coach Scotty McMahan.  “I thought our kids played much better than we have in the last couple of weeks.  A lot of stuff we have been working on or trying to work on to try to get to another level, where we want to be, we saw glimpses of that tonight.  There’s still a lot of stuff that we’ve got to do a better job of, like the last couple of minutes we just threw it (the ball) off every wall in this place.  When you have a good team like Murphy and you’ve got them where you kinda want them you’d like to be able to finish it (the game) and not let them have opportunities to get back into it,” Coach McMahan said after the game.  Coach McMahan’s complete comments can be found at the link in this article.

Murphy will fall to 4-and-9 on the season after the loss to Swain.  The team has been consistently led by Dillian Brown.  Brown said the Bulldogs had too many mistakes and forced and missed shots that did not make for a smooth game for Murphy.  He felt confident the Bulldogs are a good basketball team, which did not perform well.  There are two more games on the schedule for the Bulldogs this week.  “We are just going to have to bounce back.  We have been losing so we have to bounce back from all the hours we have took and we have to take Ws (Wins) from now on,” Brown said after the game.