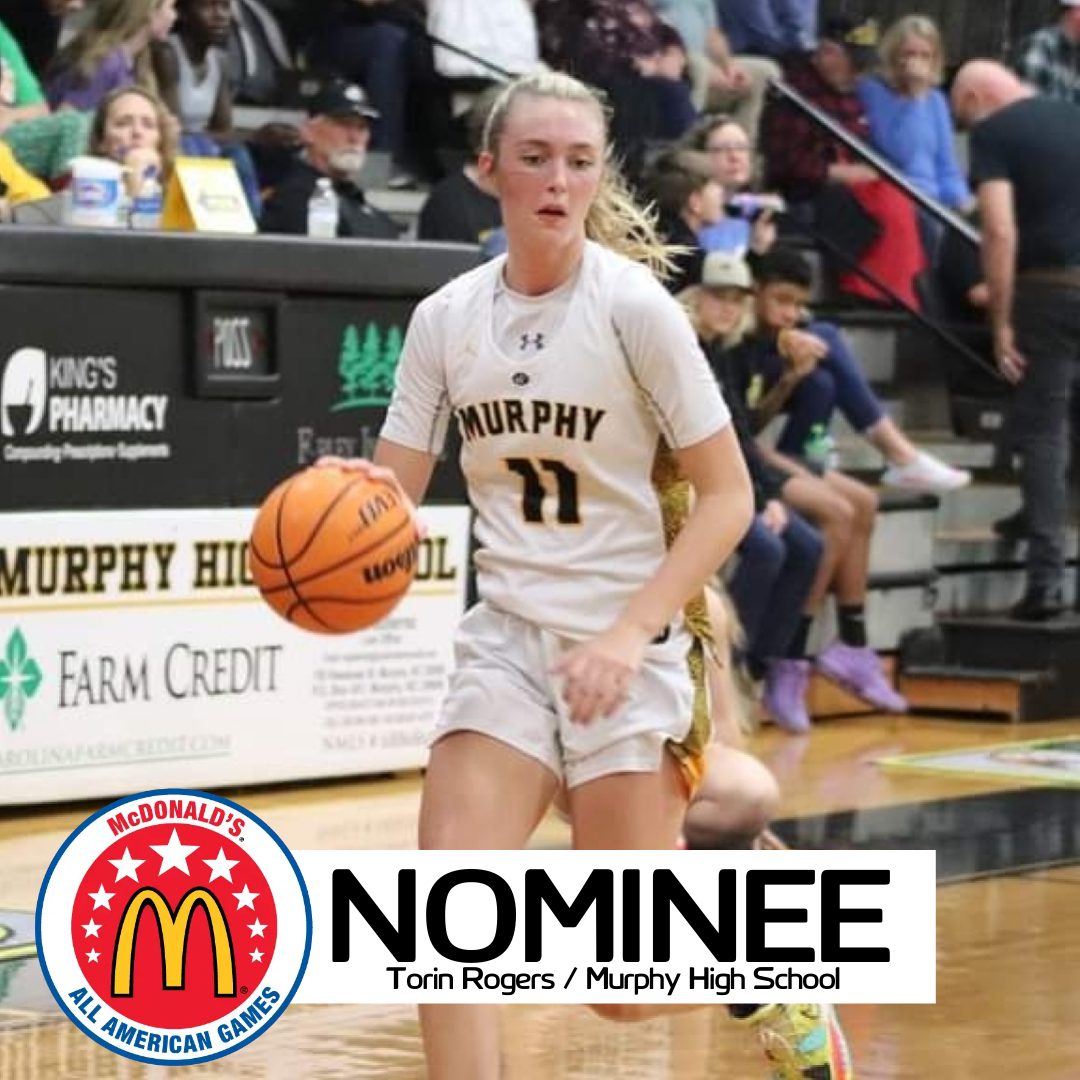 MURPHY- Murphy High School basketball standout Torin Rogers was selected as a nominee for the McDonald’s High School All-American game. She is now part of an elite list of the top high school basketball players in the country, as only 760 athletes were nominated.

The 2022 McDonald’s All-American game will be held in Chicago in March, and will showcase the Nation’s top basketball talent. This list of over 700 is used to highlight a larger pool of players, before being narrowed down to the top 24 boys and 24 girls who will actually suit up for the game at Wintrust Arena. Being chosen as a McDonald’s All-American is the highest recognition a high school hooper can receive.

This has been an incredible year for Rogers already, who has her team sitting at 12-2 overall and ranked as one of the top teams in the state of North Carolina.

Through 14 games, the Richmond commit is averaging a double-double- Posting a line of 26 points per game, 10 rebounds, 4 assists and 2 blocks on average each time she steps on the floor.

Players were nominated for this prestigious honor by either a coach, athletic director, principal or member of the McDonald’s All-American selection committee. The top 24 boys and top 24 girls selected to fly to Chicago and participate in this year’s event will be revealed live on ESPN on January 25th at 3:00 pm.

After the teams are selected, fans can tune in to watch the 45th McDonalds All-American games live on ESPN2 on Tuesday, March 29th.