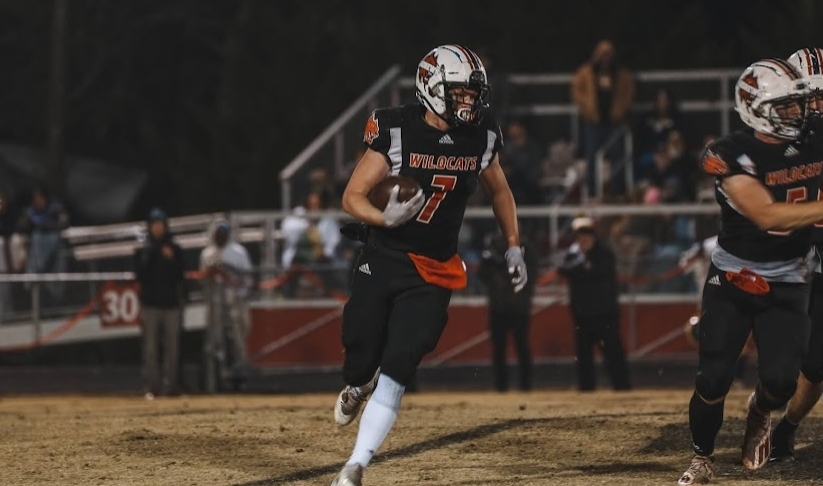 Thanks to Haley’s Photography for letting us use her Wildcats Photos this year!

Andrews, NC- Standout Senior running back Isaac Weaver has received his first official college scholarship offer from the Mars Hill University Lions on Monday. Following a 400+ yard performance vs rival Murphy in the third round of the NCHSAA state playoffs, head coach James Phillips knew it was just a matter of time before the offers started rolling in. In a postgame interview with FYN following Fridays game, Phillips said:

“Isaac is amazing. What he does and the work that he puts in, his humility, it’s amazing. He had a tremendous night tonight and he’s got some colleges looking at him, and I really hoped they watched tonight. I hope this performance helps them get a little more serious about him (and his recruitment) because the kid can go. And in my opinion he’s one of the top football players in the state of North Carolina.”

It looks like at least one school agrees with Coach Phillips, and I would venture to guess this was the just the first in a long line of offers. Any university would be lucky to have Isaac, and whoever does get him will get one of the most talented, hardest workers I have seen since I started covering high school football.

The numbers speak for themselves. Not only has he racked up nearly 1,500 yards rushing and over 300 yards receiving in his senior campaign, but he is also the second in the state of North Carolina in interceptions on the year. While the numbers are incredible in and of themselves, it’s even more incredible when you remember that he played 4 games this season with a club on his broken hand!

Congratulations Isaac, we can’t wait to see what the future holds.

The season isn’t over yet for Weaver and his Wildcat brothers. They will line it up on Friday vs Draughn for a chance to play in the Western Regional Championship game. Come out to Hugh Hamilton Stadium in Valley Town and support the Cats on their journey to State!