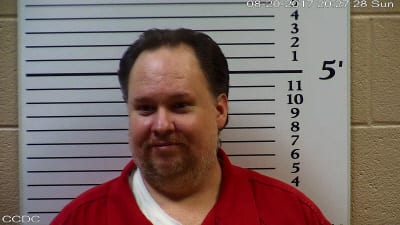 In August 2015, the Cherokee County Sheriff’s Office received a request from the
Andrews Police Department to assist in a sexual assault investigation involving Defore and a
minor child. Pursuant to that allegation, a joint investigation was conducted which concluded
with the arrest of Defore.

Judge Gavenus sentenced Defore to a maximum of 29 years in prison, and he will serve
at least 20 years before he is eligible for release. Upon his release from prison, Defore will be
monitored by a satellite GPS tracking system, he will be required to register as a sex offender for
the remainder of his life, and he is prohibited from ever having contact with the victim.

“This conviction keeps a very dangerous child predator off the streets while he serves a
lengthy prison sentence and sends a strong message to the community that the District Attorney’s
office places the highest priority on protecting our children. I commend all of the dedicated
professionals who partner with the District Attorney’s office to give a strong voice to our most
vulnerable victims. Congratulations on a job well done,” said District Attorney Ashley Welch.

Sheriff Palmer said, “(This was) great team work by some very dedicated individuals. We echo District
Attorney Welch’s sentiments and will continue to fight those who attempt to rob our youth of
their innocence.”

Sheriff Palmer encourages anyone that has information on this crime or any other to
report it. To report crime in Cherokee County, you can call the anonymous tip line at 828-837-
1344 or email a tip at [email protected] or call 911 if you observe a crime in
progress.