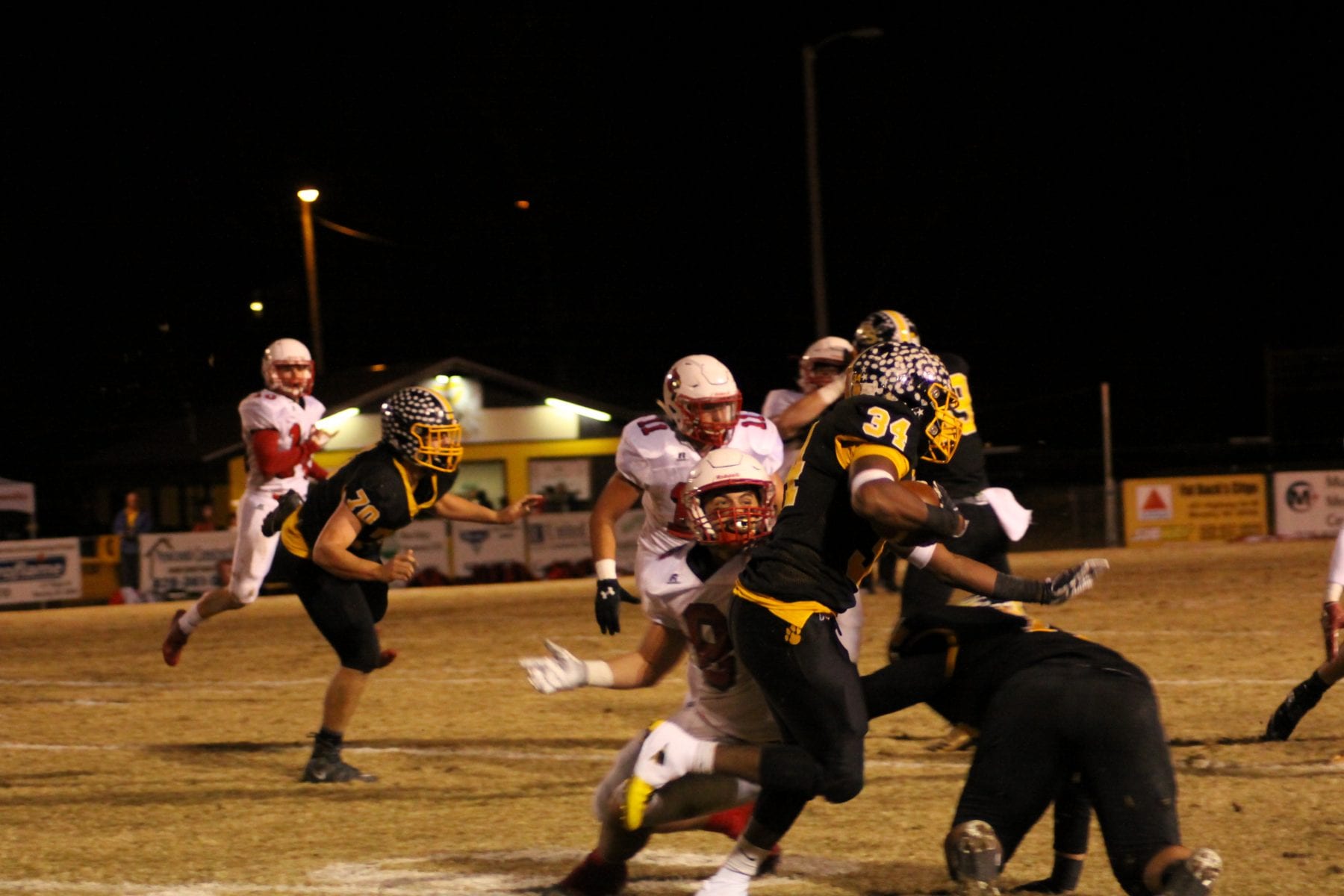 MURPHY, N.C.- The Murphy Bulldogs won Friday’s game against the East Surry Cardinals, which secured the bulldogs place in the final regional game being held in Mount Airy this Friday  Dec 1, 2017.

As the team captains took the field, the bulldogs won the coin toss, showing the coaches had great faith in their defense. The coaches would not be disappointed.  After a strong defensive showing by the Bulldogs, Chase Roberts (#40) ran for 1-yard to put Murphy on the board first, with a 7-0 lead following the perfect PAT by Katelyn Jones.

A few plays follow the kickoff, Tanner Creelman (#25) picked off a pass to give the ball back to the explosive Murphy offense.

Joey Curry (#1) and Slade McTaggert (#32) took turns chopping up the Cardinals on the ground as the Bulldogs pounded the ball upfield, until Curry connected with Micah Nelson (#2) for a 54 touchdown strike.  Jones aced the PAT and the Dogs were rolling, 14-0.

Roberts, who plays both sides of the ball, came away with the second interception of the night for the Bulldogs on the next series, and an unsportsmanlike conduct call against the Cardinals put the Dogs right back in scoring position, but they were unable to capitalize on this possession.  As the quarter came to a close, Murphy was in control of their own destiny with a 14-0 lead.

With 11:54 remaining in the half, East Surry finally found the end zone, cutting the lead to 7.

Murphy would put another touchdown on the scoreboard before the half, completely dominating on their way to the final four in the 1AA State Championship brackets.

Bulldogs McTaggart (#32) rushed for a team-high 180 yards and two touchdowns. It was the Bulldogs #40 Chase Roberts who lead the team with three touchdowns, of which two being scored in the first half of the game.

Bulldogs senior QB #1 Joey Curry completed 6-of-12 passing attempts with one touchdown in the game.  The Bulldogs once again showed their strength on the ground, with a rush-heavy offense, rushing for 437 yds, with 103 pass yds respectively.

East Surry struggled on the field with several penalty flags being thrown for unsportsmanlike behavior and personal fouls. After all was said and done, East Surry somehow managed to score four player ejections from the game for these penalties, but falling short on the win against Murphy. 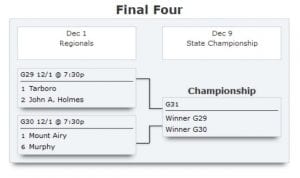