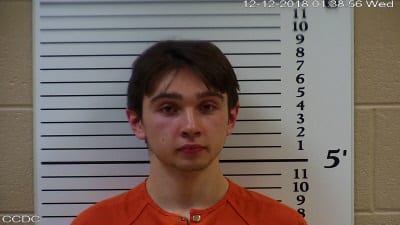 During the investigation Investigators from the Cherokee County Sheriff’s Office, the North Carolina State Bureau of Investigation and Andrews Police Department worked together to gather information and evidence from the crime scene.

Jadon Spivey was identified as a suspect in the crime and was taken to the Cherokee County Detention Center where he is currently charged with Murder and being held under no bond.

Sheriff Palmer and Chief Wooten stated “There are a lot of questions that are being asked to help us find answers as we continue this joint investigation. We would like to thank the North Carolina State Bureau of Investigation and the Office of District Attorney Ashley Welch for their valuable assistance and advice during this very difficult time for all concerned. Because of the nature of the crime we do not anticipate any further information being released from our offices.”