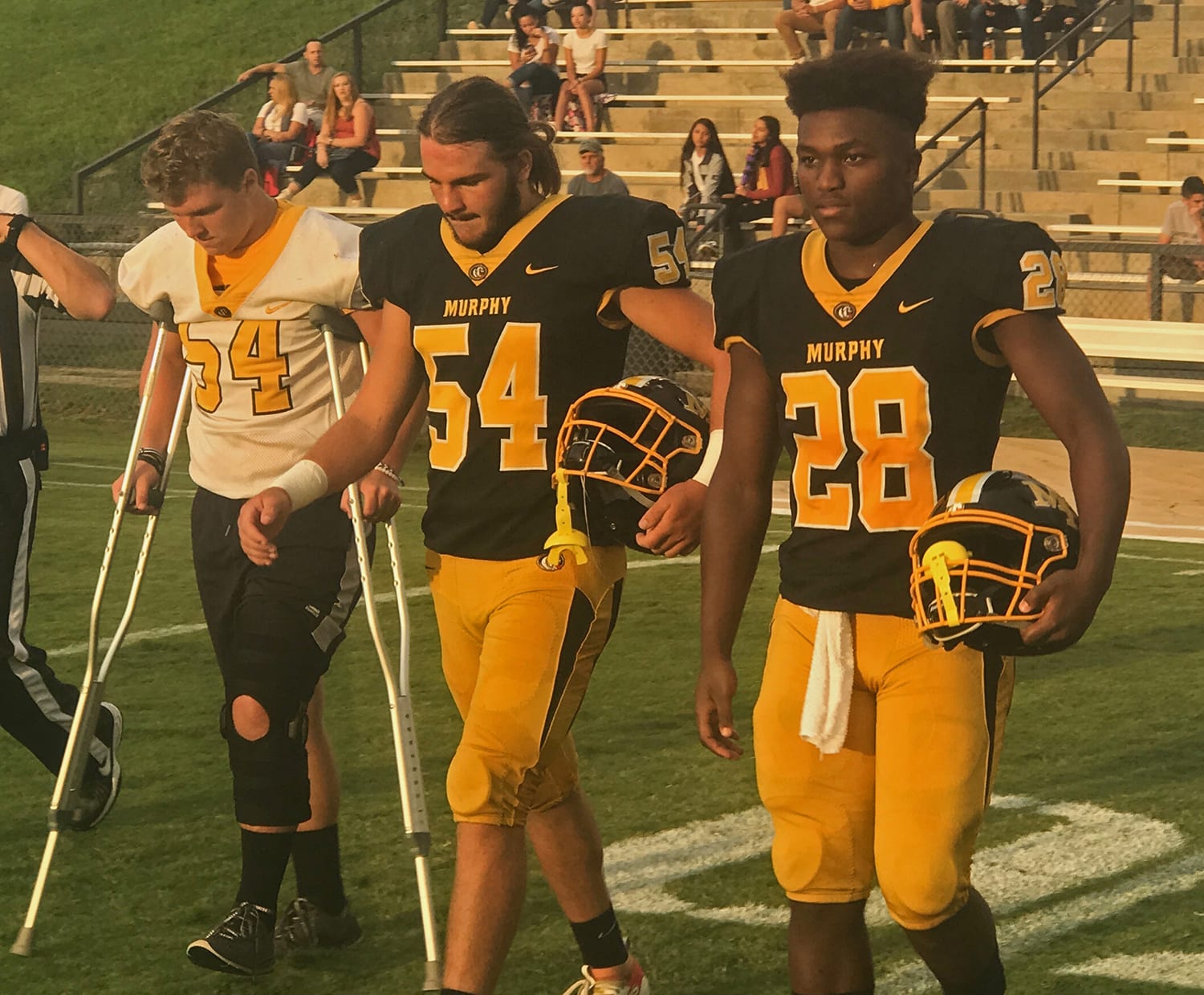 Murphy, N.C. – A pair of tough touchdown runs and a stingy defense was the difference Friday night as the Murphy High football team knocked off Pisgah, 12-0, to open the 2019 campaign.

The defending 1A state-champion Bulldogs kept the visiting Bears out of the end zone, while senior running back Devonte Murray managed to force his way to two scores and secure the win for Murphy.

“I’ll take this win. I’d rather have an ugly win than a pretty loss,” Murphy head coach David Gentry said after the game. “We’ve been an offensive team since I’ve been here, but it just didn’t sync tonight, mainly because we were snapping so bad. It’s going to get better, it’ll just take a lot of snaps.”

Senior Brady Satterfield, who usually handles the snapping duties for the Bulldogs, is out with a knee injury, forcing Gentry to slide junior Dallas Rayburn from guard to center.

Despite a few miscues between Rayburn and sophomore quarterback Kellen Rumfelt, who fumbled the ball twice but managed to recover both, the Bulldogs were able to stay organized and come out with the win.

“We’ll be better next week,” Gentry said. “We’ve got to mix in some passes and stuff like that. We’re a young football team, and we are going to get better.”

Rumfelt only attempted three passes on the night, completing one to sophomore Payton McCracken for just one yard.

Murray, who finished the night with 149 yards on 18 carries, managed to break through late in the first half for the first of his two scores. The extra-point try was unsuccessful and the Bulldogs went into halftime with a 6-0 lead.

“(Murray) wouldn’t have scored that first touchdown if he wasn’t so strong,” Gentry said. “He was hit and should have probably went down, but he works hard in the weight room and he managed to fight through that and get in the end zone.”

With a 6-0 lead late in the game, Murray managed to spin his way into the end zone to put the Bulldogs up 12-0 with a minute left to go.

Murphy also benefitted from two forced turnovers as Rumfelt and junior Ray Rathburn each recovered fumbles on defense in the first half.

Rathburn also carried the ball 11 times for 37 yards, while adding an interception late in the game.

In a game that was played mostly near midfield, the Bulldogs received solid play along the offensive and defensive line, anchored by junior Yousef Mugharbil and senior Colby Stalcup.

Mugharbil, who is 6-foot-5 and more than 300 pounds, consistently put opposing lineman on their backs all night.

“He’s got seven or eight (scholarship) offers already from division-one schools,” Gentry said of Mugharbil. “So we expected him to play well, and he did.”

Mugharbil, along with several other players, battled cramps late in the game, but Gentry said that will be addressed during the upcoming week. 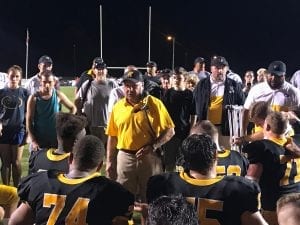 “They weren’t as in shape as they should be, and that’s my fault. Better hydration and better conditioning, and we’ll take care of that,” the coach said after the game.

Up next for Murphy is Franklin High. The Bulldogs won last season’s game 35-14 at home, but will travel to Franklin this season and Gentry expects the Panthers to be ready.

“It’s always been tough over there on us. We handled them pretty good last season, and I don’t think they appreciated that, so they’ll be ready for us,” Gentry said.