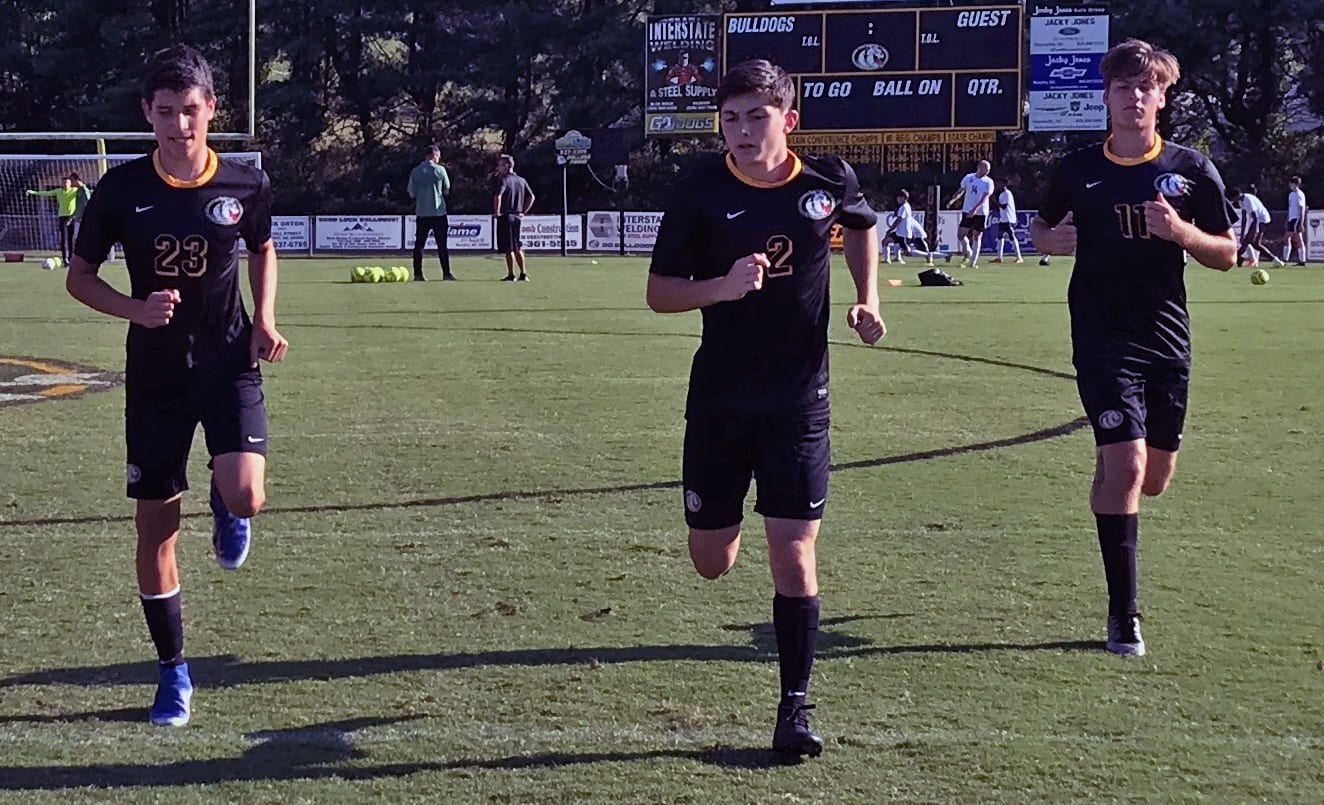 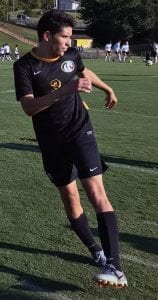 Junior Kenneth Parker, pictured above, scored the game-tying goal for the Murphy High Bulldogs (2-4, 1-1 Smoky Mountains 1-A) in a 2-1 victory at Highlands on Monday, Sept. 30.

HIGHLANDS, NC – A late goal proved to be the difference Monday, Sept. 30, as the Murphy High boys soccer team notched their first conference win of the season by taking down Highlands 2-1 in a big upset on the road.

The win is the first in seven years for Murphy against Highlands, according to head coach Justin Butler.

The Bulldogs (2-4, 1-1 Smoky Mountain 1-A) fell behind a goal in the first half, but managed to draw even in the second half before a last-minute goal led to victory.

“The guys ramped up their pressure and intensity at halftime,” Butler said. These guys played with a huge amount of heart and determination. They kept their heads in the game through the very last whistle.” 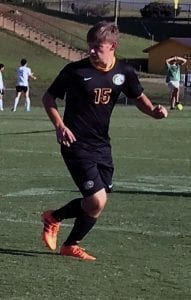 For the second-straight game, Senior Braeden Alexander, pictured above, scored for the Murphy High boys soccer team Monday, Sept. 30, at Highlands. Alexander buried a penalty kick in the closing minute to give the Bulldogs a 2-1 victory.

With the score knotted at one goal apiece and nearly a minute remaining in regulation, senior Braeden Alexander managed to bury a penalty kick in the net.

The goal put the Bulldogs up 2-1 and turned out to be the game winner as the defense held on the rest of the way.

The Bulldogs played well overall in the first half, but managed to find themselves out of position to give up the first goal.

With a much more intense defense in the second half, the Bulldogs returned to shut down the Highlanders and give the offense the opportunity to even the score at one goal each.

Junior Kenneth Parker managed a steal just inside the 18-yard box and put the ball past the keeper to tie the game at one goal each with Highlands (4-4-2, 1-1).

Parker leads the team in goals this season with three.

The Bulldogs are set to take on another conference foe in Swain County (3-6-3, 1-1) Wednesday, Oct. 2. Murphy will travel to Bryson City with the first kick scheduled for 6 p.m.