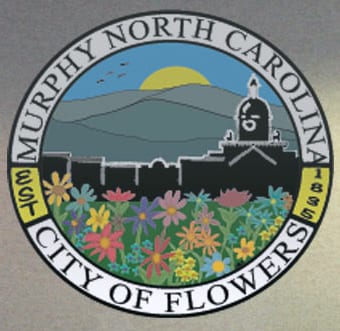 MURPHY, NC – The drinking of alcohol on a sidewalk outside of a downtown restaurant was a main point of discussion during the Town Council’s regular meeting Monday, Nov. 4, at City Hall. 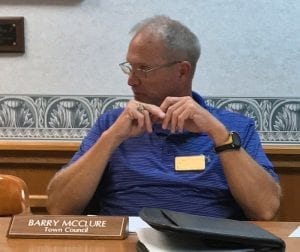 Councilman Barry McClure said he has seen alcohol being consumed outside a restaurant downtown.

Councilman Barry McClure brought up the topic during council discussion toward the end of the meeting.

McClure said he had noticed customers of the restaurant on Valley River Avenue consuming drinks on the sidewalk.

“We don’t allow other restaurants to do that, so we shouldn’t allow them to,” he said.

Councilman Frank Dickey agreed, saying that drinking alcohol on sidewalks is “against the law.”

Dickey added that there are “new managers” at the restaurant who may just need to be “reminded of the law.” 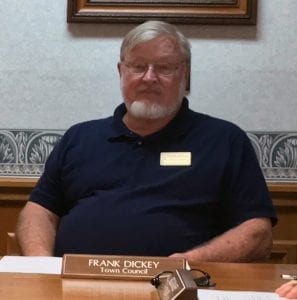 Councilman Frank Dickey wants restaurants downtown to obey the law regarding drinking alcohol on the sidewalk.

Dickey said that some other cities in North Carolina, Charlotte for one, allow drinking alcohol on the sidewalk, and the new managers may simply not know that Murphy is not one of them.

“I’ll have the police department look into that,” Town Manager Chad Simons said, adding that he and Chief of Police Justin Jacobs would have talk with who was running the restaurant.

Also during the meeting, the Council approved a $12,000 appropriation from the Utility Fund Balance in order to pay for a force main upgrade near 1630 Andrews Road.

Stillwell said the current 2-inch main had become air locked, which effectively “killed our sewer plant” and removed bacteria and other necessary substances required for the plant to function correctly. Stillwell said “the water is flowing now,” but the issue needs to be prevented from occurring again.

The new main will be 4 inches and should serve to prevent any air locks in the future, according to Stillwell.

The Council approved the appropriation unanimously.

During discussion, the Council also made note of the street sweeping that is now consistent throughout the town.

The matter was brought up by Councilwoman Karen Watson, who said she and her neighbors were very appreciative of their street being swept.

Simons said that “all 14 miles of town-maintained streets” are now on a street-sweep schedule.

The Council also approved appointing John Snow III to the ABC Board and approved $2,891.62 of water and sewer bill adjustments.

The next regular meeting of the Murphy Town Council is scheduled for Monday, Dec. 2, at City Hall beginning at 5 p.m.