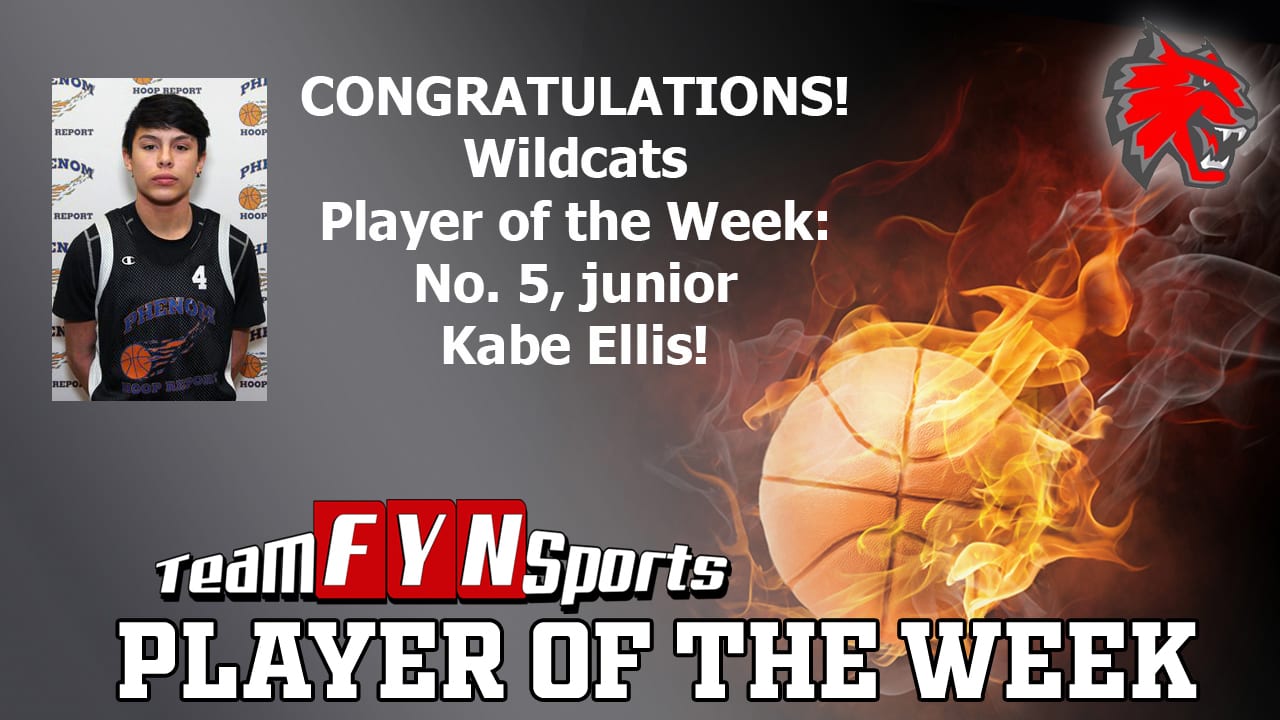 Kabe Ellis is the TeamFYNSports Writer’s Player of the Week for the Wildcats!

He also added three rebounds, five assists, and six steals in the win.

Ellis is averaging 20.3 points per game this season, which is second on the team.

Earlier in the week, Ellis had an all-around strong game at home against region-foe Rosman on Tuesday, Dec. 3. In that game, Ellis scored seven points to go with three rebounds, five assists, and three steals in the Wildcats/ 69-22 victory.

For his efforts, Ellis is the TeamFYNSports Writer’s Player of the Week for the Wildcats!