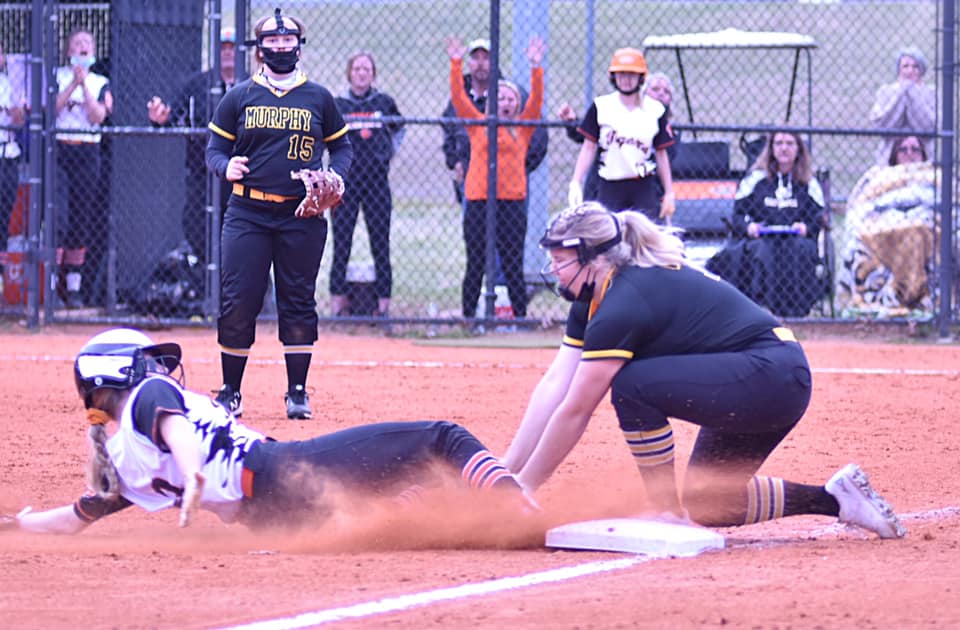 Rosman, NC- The Murphy Lady Bulldogs traveled to Transylvania County yesterday to face the Rosman Tigers. The Lady Bulldogs were able to hold off the Tigers late comeback, winning 5-4.

Jersey Schwalm was in the circle for the Dogs. She threw all 7 innings, allowing 4 runs on 5 hits, while striking out 5 Rosman batters.

Sophomore Ansley Hogsed was the catalyst for the Bulldogs on offense, as she went 3-4 at the plate with a double and 2 Runs Batted In.

Sophomore Riley Dockery also managed multiple hits at the game and rove in a run.

Senior Annie-Kate Dalton hit a deep bomb in the top of the Fourth inning that started Murphy’s biggest scoring inning. Maddison Seabolt also drove in a run, and Ansley Hogsed scored on a passed ball.

Reagan Peterson hit a fly ball in the seventh inning that scored a run, followed by a throwing error that allowed Riley Dockery to score the game winning run.

Murphy faced some pretty tough pitching in the outing, but they were still able to hold on for a W.

They will have a home game against Andrews tomorrow.