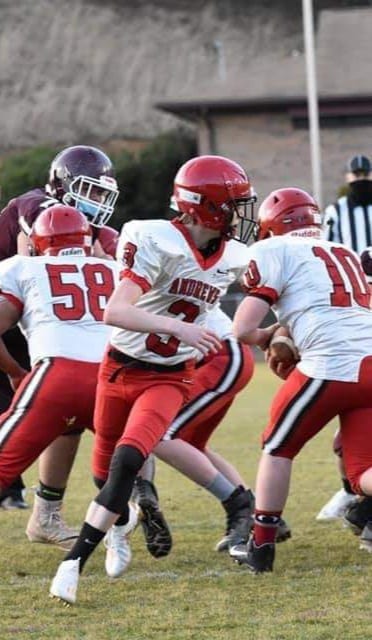 It’s FINALLY playoff time here in North Carolina. The brackets have been set and matchups announced, so let’s do a quick run through of what to expect from the first round matchup between the number 8 seed Andrews Wildcats and the number 1 seed Elkin Elks.

Elkin comes into the playoffs riding high. They are 5-1 on the year, and basically stole the number 1 seed for this year’s playoffs thanks to the messed up seeding system the NCHSAA is using. According to the MaxPreps rankings which in previous years have been used for seeding, Elkin is ranked 13th in 1A. They are ranked behind Mitchell, Robbinsville, Murphy and Thomas Jefferson who all were given lower seeds. Their lone loss on the year came against 2A Ashe County. They do play some stiff competition in the Mountain Valley 1A/2A conference so I would expect that to help them a ton coming into a game against the “David” of North Carolina High School football.

Don’t expect Elkin’s defense to give up many points in this one. They are holding teams to aj average of 12 points per game this year. A shortened season yes, but still pretty impressive through 6 games. If they want to prove to everyone they deserve the #1 seed and win and advance, they are going have to stop Andrews dominant run game. Andrews has adopted a Veer/Wing T offense and they are running all over teams this year. The Wildcats do so much offensively with their shifts and pre snap motions, it’s a lot for teams to prepare for. If Elkin wants to get out of the first round, they are going to have to have spent a lot of time in the film room this week.

With playoff teams going from 32 to 16 this year, Andrews barely snuck into the playoffs. That doesn’t take away from the great season they are having though. Their only two losses on the year were against defending state champions Robbinsville and in their season opener against Murphy. I can’t speak for the Robbinsville game but I was on the call for their game against Murphy, and they played the Dogs very tough in the first half. That brings me to my first point of what Andrews is going to have to do to pull off the upset against Elkin- Play 4 quarters.

Andrews is a small team with most players playing on both sides of the ball. That can lead to them getting gassed late in the third and fourth quarter. They absolutely cannot let that happen in the playoffs if they want to make a run. With a shortened season though, I think that may help Andrews more than any team. They are going to come in relatively fresh, with 6 games of conditioning under their belt that will hopefully allow them to go blow for blow all 4 quarters against Elkin.

The biggest thing Andrews has to do to win is what they have to do to win every game- hand it to Isaac Weaver and Gavin Wilson. They have a young Quarterback in Bateman who can get it done when he needs to, but they’ve got to get Weaver and Wilson going early and often to win. Both Wildcat runninbacks had over 700 yards heading into last week’s game against Rosman, and I know they tacked on a ton more in that one.

Honestly, if I was making a prediction for this one, I’d say that Andrews has a very good chance of pulling this upset off. If they play 4 quarters of smash mouth, run it down your throat football, they will win this ball game and maybe get a chance at redemption against Murphy.