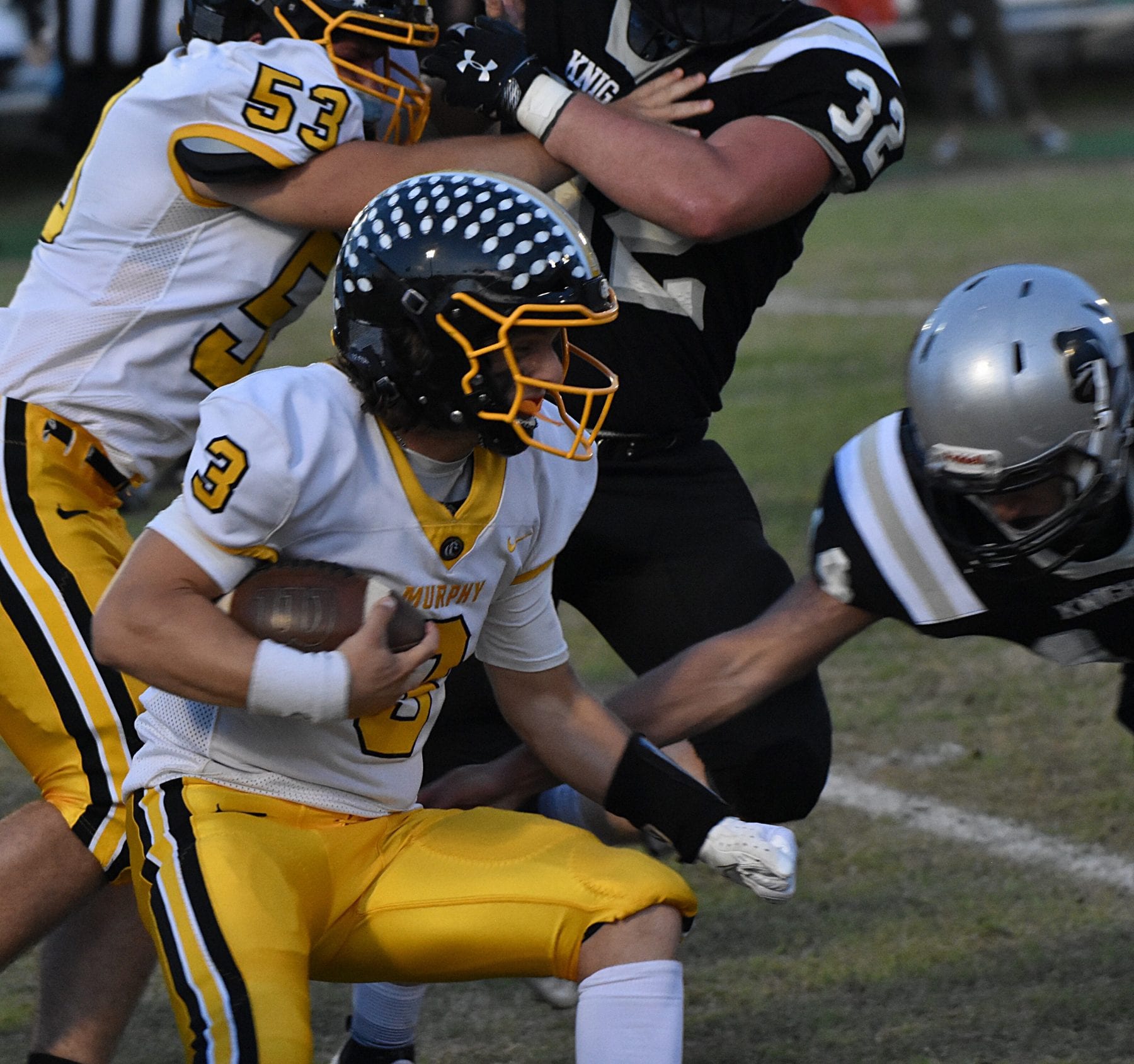 It’s FINALLY playoff time here in North Carolina. The brackets have been set and matchups announced, so let’s do a quick run through of what to expect from the first round matchup between the number 4 seed Murphy Bulldogs and the number 5 seed Thomas Jefferson Classical Academy (TJCA) Gryphons.

First things first, lets set the record straight- Thomas Jefferson is not your normal five seed. They are undefeated on the year and tied with Pine Lake Prep for first in their conference. The way that the NCHSAA did playoff seeding was really messed up this year because of COVID. Pine Lake Prep is 1AA, but they didn’t break the teams into two classifications (1AA & 1A) until after they did the seeding, so Pine Lake Prep won the coin toss for the Southern Piedmont Conference and got the 1 seed from that conference. It’s all messed up this year. Messed up seeding or not, I can promise you that no one wanted to get matched up with TJCA in the first round.

Second, remember the name Dakota Twitty. He is a 6 foot 5 inch 205 pound Wide Receiver and Defensive Back who has over 20 division 1 offers as a JUNIOR. Twitty is a force to be reckoned with on either side of the ball, and I would venture to guess that you will hear his name over the loudspeaker more than a few times. He has 30 receptions through 6 games and has caught 5 touch downs. Last year he caught nearly 40 passes and was on the receiving end of 15 TD passes. The kid is legit. Watch out for big #1 this Friday night.

Quarterback Bryce Jergenson and Running Back Isiah Mcmullens are two other players on the Gryphons offense that Murphy will have to slow down if they want to advance to the second round. Mcmullens has over 500 yards and 7 touchdowns on the ground thus far, while Jergenson has thrown for over 600 yards and 7 TDs.

The Gryphons defense gives opposing quarterbacks an absolute fit. They have combined for 12 sacks on the year, and 39 Tackles For Loss. 39 TFL’s in 6 games is incredible stuff.

If TJCA wants to win this game, they’ve got to get #1 Dakota Twitty open, and they’ve got to hit Bulldog ball carriers behind the line of scrimmage. Doing the first of those two things may be the easiest, as we saw Murphy struggle at the defensive back position last week against Robbinsville with Aguilar and McCracken out.

The Bulldogs find themselves back in the playoffs yet again. I should do some real journalism and research how many years in a row Murphy has made it to the playoffs, but I don’t have that kind of time on my hands.

The Dogs are coming off a pretty devastating loss against conference foe Robbinsville. Robbinsville knew what Murphys weaknesses were and they exploited them pretty heavily. I would expect Murphy to get better at covering up those weaknesses in this one though.

Losing Junior Payton McCracken, the Dogs leading wide receiver and defensive back was probably the worst thing that could have happened to Murphy at this point in the year. He has been the heartbeat of your defense and gets guys up when they need to make a big play, and now all of a sudden he’s just not out there. If Murphy wants to win this football game they have got to find a replacement for him. We saw Bulldog Quarterback Kellen Rumfelt come in on defense and play some corner for Murphy last week, and I would expect to see much of the same this week unless Coach Gentry has found a young stud way further down on the depth chart. Rumfelt is a heck of and athlete, and he’s not afraid to come down and hit ya, which is what the Dogs are going to need if they plan on stopping the D1 recruit the Gryphons have on the other side of the ball.

Keeping with Rumfelt however, you are going to need him to have a great game on the offensive side of the ball too. I mentioned how good TJCA is at getting to the QB and hitting guys behind the line of scrimmage, so you’re going to need Rumfelt to be as fresh as possible on offense in case he has to make things happen with his legs.

If I were Murphy coming into this one however, I’m going to try and just pound the rock. Give it to Ray Rathburn behind your own 4 star recruit in Yousef Mugharbil and make TJCA make a play. Stick with the bread and butter of what got you here. Run it, run it, and run it again. Mugharbil can move mountains, I know he can move 2 or 3 of those guys on that D Line and create a hole for your RBs to run through.

By the way, if you cant make it to the game on Friday, we will be live streaming it on FYNTV.com for free.