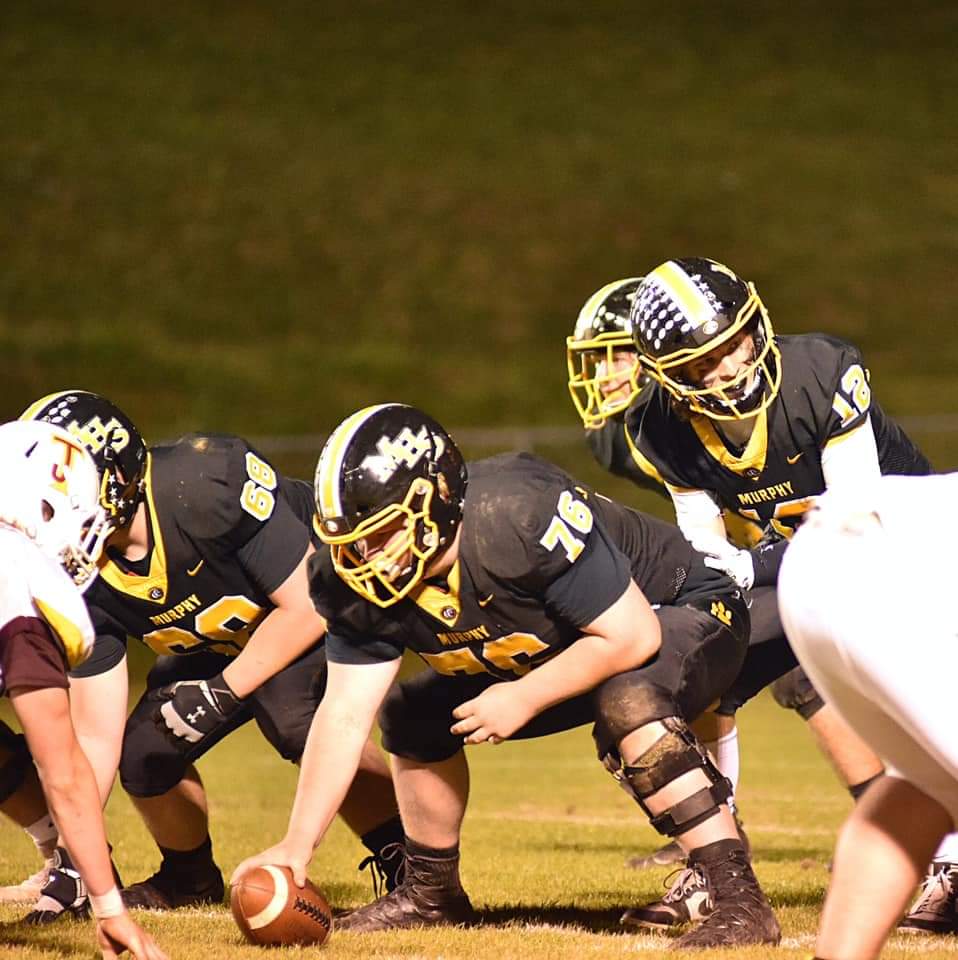 Well Bulldog fans, your boys found a way to get it done last Friday night and were able to come away with a W against a very good Thomas Jefferson team. They are now prepping for their second round game at Elkin this Friday. Elkin is coming off a first round 35-28 win over Andrews, a game that many think Andrews could have won had it not been for their multiple first half turnovers.

Let’s do a quick run down of what to expect in this 2nd round matchup between the #1 seed Elkin Elks and the #4 seed Murphy Bulldogs.

Like I mentioned earlier, the Elks are coming off of a tough, grind it out win over Andrews in the opening round. Brett and Boone Beaver do most of the work on the ground for the Elks and are a very good Running back duo. Brett has ran for over 540 yards and 10 touchdowns, while Boone has ran for nearly 500 yards and 4 touchdowns.  Brett is more of a “gadget” type back, they line him up in a lot of different formations and use him in a lot of different ways. Jaxon Godbey is the signal caller for the Elks. He has thrown for 443 yards and 6 TDs, while rushing for 138 yards and 5 TDs. Ty Parsons is the teams leading receiver, he’s caught 14 passes for nearly 200 yards and 5 TDs. I would view Elkin as a run first team, with a very strong O Line.. While the Elks may be the #1 seed, keep in mind its not because of their record or MaxPreps rankings. It’s because of how screwed up the seeding was in the NCHSAA this year. MaxPreps newest rankings have Elkin at 12th in 1A, while Murphy is sitting in the 6th spot.

The Dogs played maybe their best game of the season in my opinion last week against undefeated Thomas Jefferson. They stayed composed and level-headed throughout the entire game and came away with a 28-20 victory over a very good Gryphons team. If Murphy plays like that every week, they can beat anyone in the State. This week they face an Elkin team that just allowed cross-county foe Andrews to put up 28 points on them. In the season opener, Murphys defense only allowed Andrews to score 7 points. Now a lot of things have changed since then, personnel wise and such, but I can’t see Murphy struggling too much with Elkin if they play like they did last week, even if Elkin does have homefield advantage. Offensive Coordinator Joseph Watson called nearly a perfect game last week in the Dogs bout against Thomas Jefferson. If he is able to put his offense in a good spot against a weaker Elkin defense, then I could see the Dogs pouring on the points. The best unit of the Elkin team is their offensive line. They are big and physical, and the Dogs defense is going to need to penetrate and keep that quick RB duo the Elks have in front of them. I think we could see Yousef Mugharbil playing a lot more defensive end than he’s used to, in order for the Dogs to disrupt this strong Elkin O Line. The Murphy defense did an outstanding job last week against TJCA. TJCA had a ton of athletes all over the field, and the Dogs still held them to only 20 points. I don’t know if the Elks offense is quite as potent as TJCA’s, that’s why I’ve got Murphy winning by multiple scores in this one.