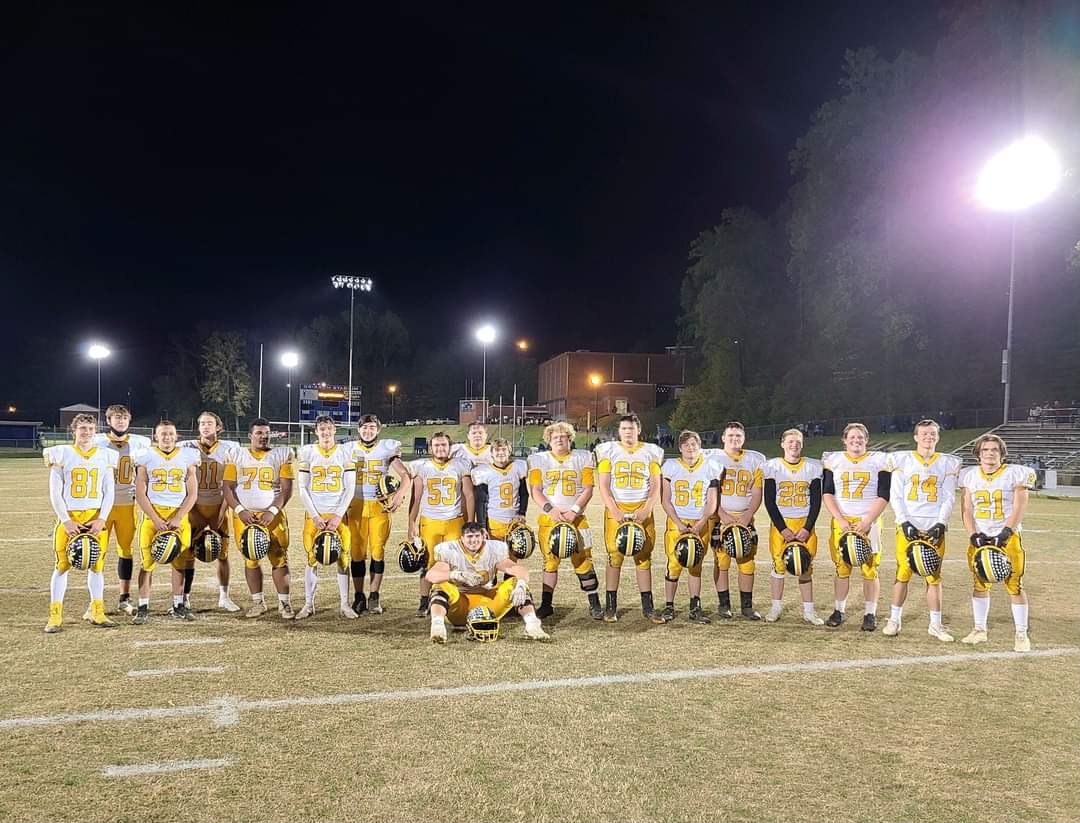 The Murphy Bulldogs and their Second Round opponent Elkin Elks slugged it out for 4 whole quarters on Friday, but the Dogs were ultimately too much, edging the Elks 29-24.

The Dogs were leading 29-24 with a little over 3 minutes left in the game when Cornerback Juan Allen intercepted an Elkin Elks pass, which allowed the Bulldogs offense to come onto the field and chew the clock up. That’s two weeks in a row that Bulldogs D Backs have made season saving interceptions, as Ryland Dickey picked off a pass in the endzone against Thomas Jefferson that sealed the deal.

Murphys defense early on in this one was not great. They gave up some big plays at some inopportune times that allowed Elkin to stay in the game. When it mattered most however, they locked in and got it done.

Runningbacks Ty Laney and Ray Rathburn both crossed the century mark in yards on Friday. Laney finished with 126 yards and a TD, while Rathburn had 108 yards and 2 TDs. John Ledford also added a score on the ground.

Quarterback Kellen Rumfelt was 6 of 10 for 93 yards and an interception. His favorite target tonight was Sophomore Wideout and Backup QB Cole Laney, who caught 4 passes for 66 yards.

The Bulldogs defense was great on 3rd down all game, only allowing Elkin to convert on third down 3 times out of 10 attempts.

Juan Allen had a 4th quarter INT that sealed the deal for the Dogs and allowed them to get into victory formation.

Next week, Murphy will face conference foe Robbinsville in the 1A Western Regional Chmapionship game. This game will be a rematch of the SMC Championship game earlier this year, a game that Robbinsville won 17-7.