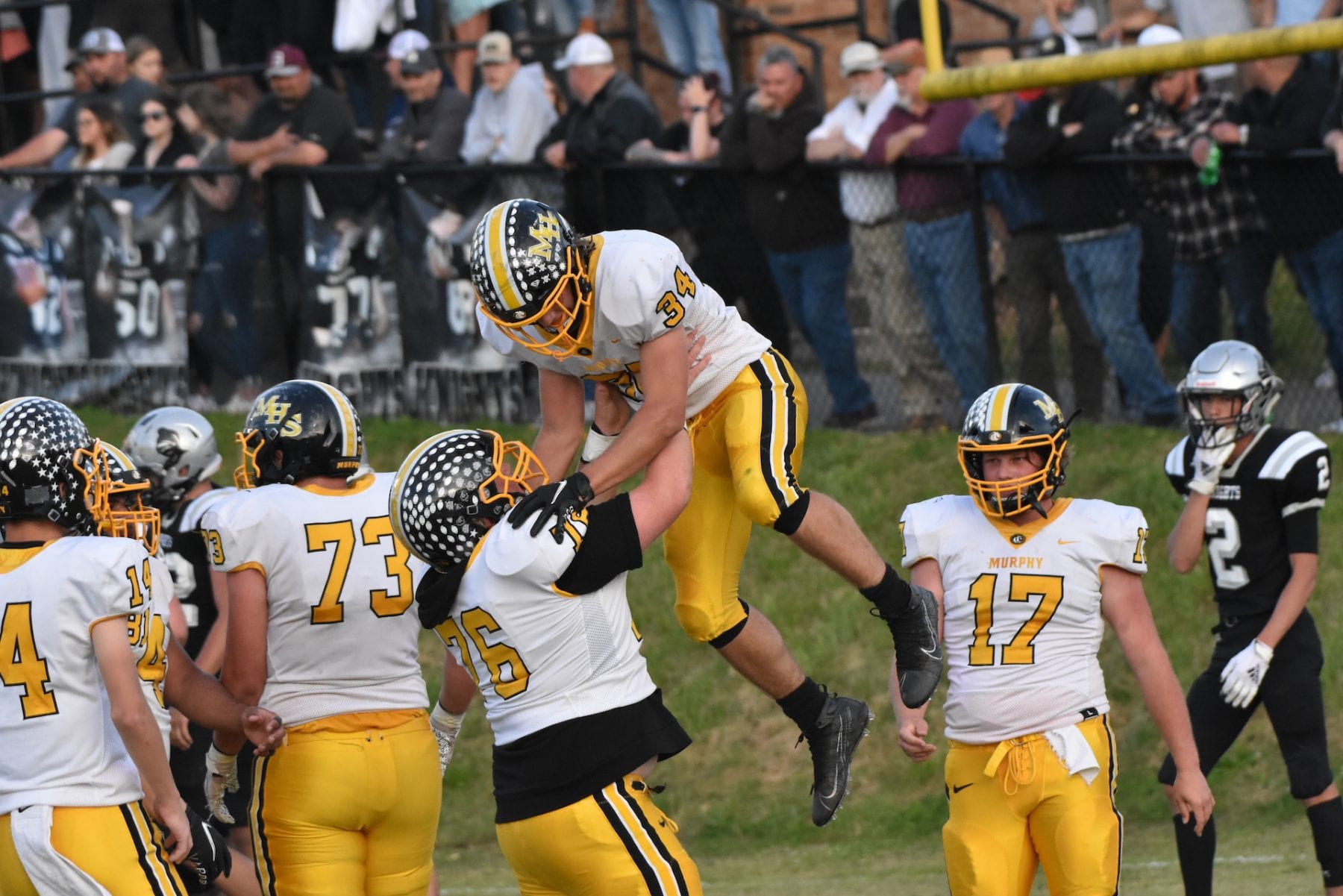 The most anticipated football game of the year surely lived up to all the hype, as Murphy and Robbinsville duked it out in the Western Regional Championship on Friday night in Graham County.

Murphy came in looking to avenge their Smoky Mountain Conference Championship game loss earlier in the year, and Robbinsville came in riding a 24 game winning streak as defending State Champions. The last time these two faced each other the Black Knights came away with a 17-7 victory over the Bulldogs, but this time the Dogs would bite back.

Murphy won the game by a score of 24-14, but they pretty much were in control of the game the entire time. Robbinsville did not get a first down until the waining seconds of the first quarter, if that tells you how fired up Murphy was out of the gate.

It was the Rathburn-Laney show on the ground early and often, as the duo combined for 160 yards rushing (Ray Rathburn-132, Ty Laney-128) and 3 touchdowns (Laney- 2, Rathburn- 1). The biggest story of the night however was the line play from the Bulldogs on both sides of the ball. The Offensive line was creating holes that a Mack truck could run through, and the Defensive line was bullying their way into the back field. There were a few plays where a Bulldog defender was in the backfield before the Black Knights could even hand the ball off and allow a play to develop. The Dogs O-Line also allowed quarterback Kellen Rumfelt to be comfortable and make some plays through the air, going 10-13 for 114 yards.

Senior Robbinsville quarterback Nathan Collins was the lone bright spot for the Knights offensively. Collins accounted for 193 of his teams 291 total yards. Senior running back Lex Hooper ran for a short touchdown and threw for a touchdown on a double pass, trick play late in the game where it looked like they might be able to claw back into it, but it was too little too late. The Robbinsville Black Knights historic two year, undefeated run has come to an end, but what an honor it was to watch.

As for the Bulldogs, they will travel to NC State University on Saturday to face Northside-Pinetown for the NCHSAA 1A State Championship. The Dogs will be looking to bring home their 11th State Title! TeamFYNSports will have sideline coverage of the game, so stay tuned to our social medias for updates.