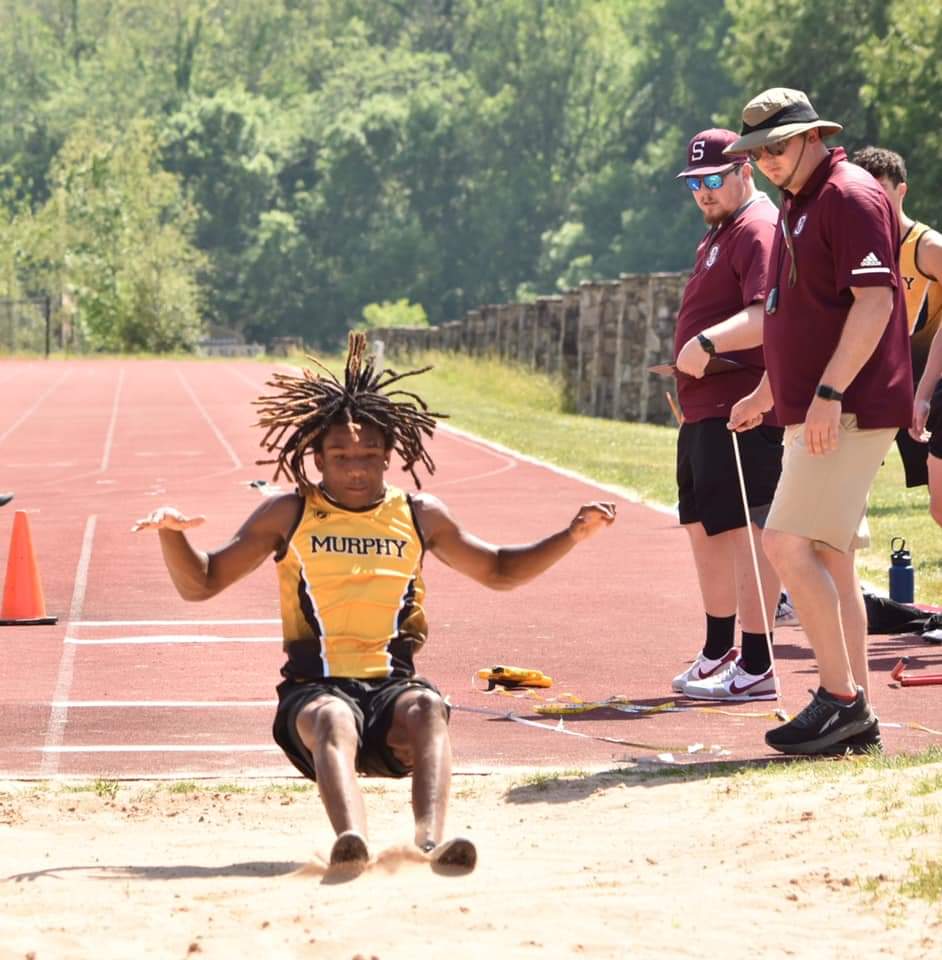 The Smoky Mountain Conference Championship track meet took place today at Cherokee High School. There were some great performances from all over the conference, and a lot of individuals really showed out.

Some outstanding individual performances were:

Jake McTaggart (Hayesville)- SMC Champ in Shot Put and Discus, winning Discus by over 20+ feet with a throw of 143 feet

Sarah Pullium (Murphy)- SMC Champ in Shot Put and Discus, winning Discus by 32 feet and setting a new SMC Record with a throw of 140 feet

Zoie Shuler (Robbinsville)- SMC Champ in Long Jump and Triple Jump, as well as 100 Meter Dash as a Freshman

The Murphy boys won their 4th straight SMC Track Championship, scoring 173 points. Hayesville scored 149, and Swain rounded out the top 3 with 131. The final team results for the boys are listed below.

The Swain County Girls team won big, outscoring second place Murphy 204 to 120. Robbinsville was right on Murphy’s heels with a score of 112.