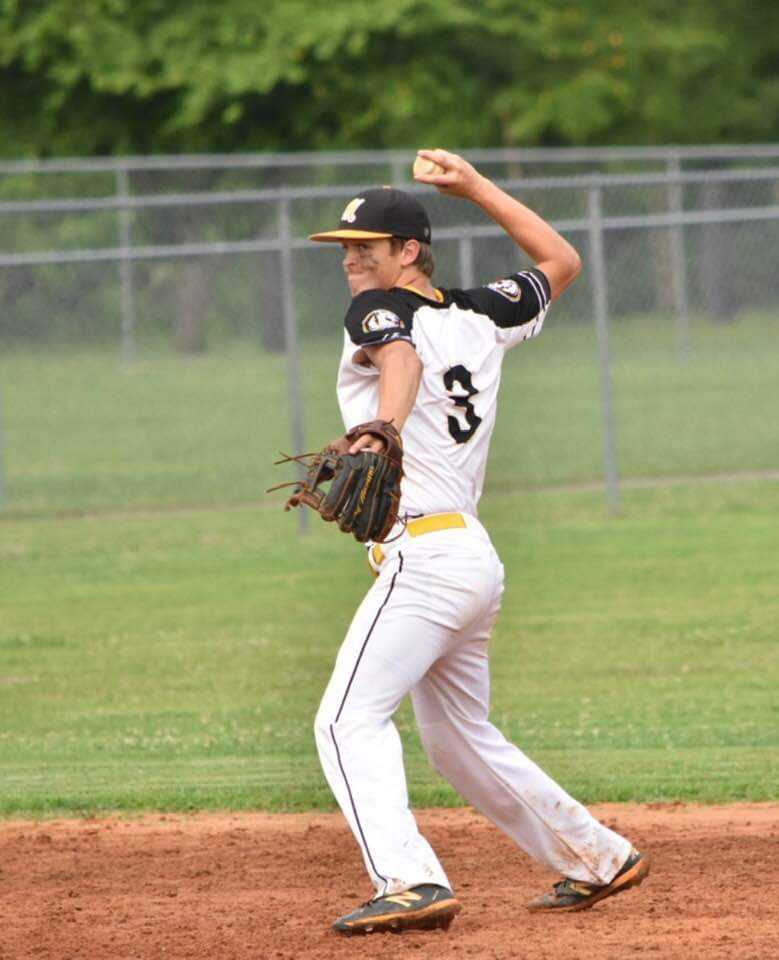 The 11 seeded Murphy Bulldogs baseball team advanced to the second round of the NCHSAA 1A State Playoffs after a hard fought 13-10 victory on the road against Starmount.

A back and forth game from start to finish, the Bulldogs headed into the final inning down 9-7. Joe Swain led off the top of the seventh with a solo shot to left field, making it a 9-8 ballgame. Payton McCracken then drove in Braden Rumfelt to tie things up at 9 all. The tie didn’t last long however, as Senior Jesse Kephart busted the game wide open with a 2 run double.

The Dogs wound up scoring 6 runs in the final inning and beating Starmount 13-10.

Briggs Cornwell started the game on the mound for Murphy, lasting 4 and 2/3rds innings, allowing 6 hits and 7 runs while striking out 8.

Dawson Hensley was credited with the W for the Dogs, pitching 1 and 2/3rds, allowing 1 hit and 3 runs while striking out 2. Cole Laney recorded the last 2 outs on the mound for the Dogs, earning him the save.

Up next for Murphy is Uwharrie Charter Academy out of Asheboro, North Carolina. Uwharrie is the number 3 seed, and the third ranked team in the state according to MaxPreps. The Eagles are were 11-1 in the regular season, and are coming off of an 11-0 shutout victory over Chatham Charter in the first round. Stay tuned to Fetch Your News for our second round playoff preview featuring Murphy and Uwharrie.