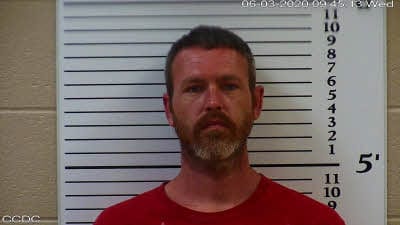 Murphy, NC— On Thursday, May 17, 2021, U.S. District Judge Martin Reidinger, sentenced Bryce Alan Honea, 34, of Murphy, N.C. to 94 months in prison for 1 count of distribution and 1 count of possession of child pornography. The sentences in each case are to be served consecutively. Honea was also ordered to serve a lifetime of supervised release and to register as a sex offender after he is released from prison.
According to filed documents and statements made in court, from June 2017 to his arrest in June 2020, Honea engaged in the online distribution of images depicting the sexual abuse of children.
Court records show that law enforcement became aware that an individual, later identified as
Honea was distributing multiple child pornographic images and videos using various internet platforms, including the social media blog platform Tumblr.com, Chatstep.com and via Peer to Peer file sharing technology. On February 02, 2019, law enforcement executed a search warrant at Honea’s residence, seizing electronic devices including a desktop computer, and cellphones. In June of 2020, a second search warrant was served at Honea’s residence and cellphones and a tablet were seized. A forensic analysis of the seized devices revealed that it contained more than 1000 images of child pornography.
On October 16, 2020, Honea pleaded guilty to the distribution of child pornography as well as possession of child pornography. He is currently in custody and will be transferred to the custody of the federal Bureau of Prisons upon designation of a federal facility.
Sheriff Derrick Palmer stated “As you can see these cases are often long and involved. We are so appreciative of the partnership that we continue to maintain with Homeland Security Investigations, the United States Attorney’s Office as well as our own District Attorney’s Office. Their invaluable assistance allowed for the removal of another person who preys on our youth.”
This case was brought as part of Project Safe Childhood, a nationwide initiative launched in 2006 by the Department of Justice, aimed at combating the growing online sexual exploitation of children. By combining resources, federal, state, and local agencies are better able to locate, apprehend and prosecute individuals who exploit children via the Internet, as well as to identify and rescue those victims. For more information about Project Safe Childhood, please visit www.projectsafechildhood.gov.
To report suspicious activity and suspect violations of the law please call 828-837-1344 or submit a tip at [email protected]
child pornography Press Release Sentenced